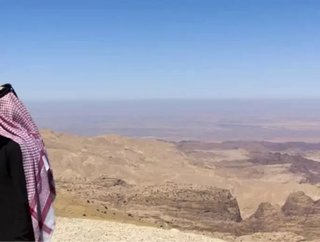 Oct. 17marks the 40th anniversary of the start of the 1973 Arab Oil Embargo &ndash; an event that arguably launched the United States&#39; ongoing purs...

Oct. 17 marks the 40th anniversary of the start of the 1973 Arab Oil Embargo – an event that arguably launched the United States' ongoing pursuit of a national energy policy.

Forty years ago, the U.S. economy was dominated by fossil fuels (i.e., oil, coal, natural gas) which accounted for 93 percent of the nation's energy consumption. Petroleum – more than 30 percent of which was imported – accounted for almost half of fossil fuel consumption with roughly half used in the transportation sector and 17 percent burned to generate electricity.

The 42 nuclear reactors operating in 1973 provided 4.5 percent of U.S. electrical generation and satisfied just over 1 percent of the nation's total energy demand. Four decades later, U.S. energy use in some areas appears to have changed only modestly. Fossil fuels, for example, still dominate and, in 2013, will account for roughly 82 percent of total energy consumption.

However, other energy technologies have experienced significant growth.

Perhaps most significantly, major gains in energy efficiency mean that the energy intensity of the American economy today – measured as energy use per unit of GDP – is less than half of what it was 40 years ago.

Domestic consumption of natural gas has increased by 26 percent over the past four decades but remained at about 29 percent of the total energy mix. Its use in the electricity-generating sector has tripled since 1973 and its share of net electrical generation has increased from 18.3 percent in 1973 to 26.2 percent in 2013. (By comparison, electrical generation more than doubled between 1973 and 2013.)

Domestic production of coal has increased by over 40 percent over the past four decades (13.99 quads in 1973 to 19.79 quads in 2013) but its share of the nation's overall energy consumption has remained relatively unchanged (17.1 percent in 1973 vs. 17.6 percent in 2012). Further, its role in electrical generation has dipped in recent years from about 45 percent in 1973 to about 39 percent in 2013, reflecting increased competition from both natural gas and renewables.