Are We Missing the Point on Peak Oil? 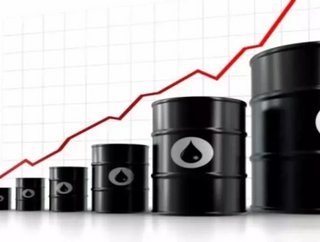 Click here to experience this article in our digital reader Written by Mark Mathis,Producer/Director Not long after my film &ldquo;spOILed&rdquo; was...

Not long after my film “spOILed” was released, I became the target of criticism. As a filmmaker producing a movie on a controversial subject with a politically incorrect point of view, I expected to be attacked. What I didn’t expect was whom these harsh words would be coming from. Astonishingly, a film espousing the virtues of oil hasn’t received all that much criticism from environmental groups. spOILed has gotten more disapproval from… wait for it… the oil and gas industry!

Don’t get me wrong. We have taken spOILed to movie theaters from Billings to Bakersfield and from Tulsa to Denver. I’ve stood in front of well over one hundred audiences to conduct Q & A sessions after the film has been shown and enjoyed the praise and applause of these people. Many of these shows have been sold out. It’s been wonderful. People who work in the oil and gas industry—and many who don’t—love this film. But, quite a few people who pride themselves on understanding industry trends don’t agree with what spOILed has to say about “Peak Oil” and have chosen not to support the film because of this disagreement. I am discouraged by this kind of myopic thinking. I have my point of view and they have theirs. Can we not have a spirited debate?

I believe the world has already entered an era where nearly all of the inexpensive oil has been found and that what remains—even if it’s a lot of oil—will be increasingly costly to produce. And, something few people consider, pulling this expensive oil out of the ground will consume ever greater amounts of oil.

Of course I am well aware of the fantastic breakthroughs that have happened in the recovery of shale oil. The amount of petroleum that is now being produced in formations like the Bakken and Eagle Ford is nothing short of astounding. Thank God the U.S. Oil and Gas Industry continues to find ways to innovate! What’s happened over the last three years because of horizontal drilling and fracturing has probably been the single most important factor in America (and the world) not falling into a deep double-dip recession, or worse. However, it’s time for a reality check.

It seems highly unlikely to me that recent innovations and discoveries in the shale oil sector will do much more than simply push the supply/demand problem down the road another few years. Remember, the biggest question concerning our oil use isn’t how much of it is in the ground, but rather how fast it can be brought to market, how much oil/energy will be consumed in production and—most importantly—how much will it cost?

There are many reasons why producing enough oil to meet world demand is going to be an on-going challenge. Here are some of the important factors to consider:

There are other factors, but these are the big ones. I’m hearing lots of talk that the U.S. could become “oil independent by 2020” if only we could get government out of the way. Ha! Good luck with that one. The unfortunate reality is that even if we were able to delete bad political decisions, our oil independence would be short lived. America uses about 19 million barrels of oil a day. Meeting that demand for any length of time is simply unrealistic. Besides, oil is a world commodity and the price goes up or down because of world demand.

The takeaway here is that the cost of production and uncontrollable above-ground factors are going to keep oil supplies tight as far as the eye can see.

I’m not predicting Armageddon. All I’m saying is that the struggle to produce enough oil to meet demand is going to be the biggest challenge ever faced by humanity. I wish those who criticize spOILed for being inaccurate on “Peak Oil” would consider all of these factors before being so sure of their position. I also wish they would ask themselves why they feel the need to disparage or ignore an entire film (one that is widely praised as the best film ever made on oil) because they disagree with one aspect.

But, hey, you take your best shot on a documentary film and hope you can make the biggest positive impact possible. spOILed’s mission has always been to raise the level of discussion about our relationship to oil to a much higher level. Debating Peak Oil theory is a heck of a lot better than what we typically get.