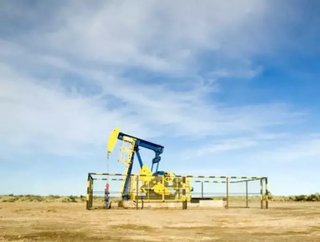 Following a decade of increasingly tough fiscal terms for Argentina’s oil and gas industry, recent amendments indicate that the country’s investment climate may well start improving; however, a number of challenges are expected to continue hindering investment activity at least until the 2015 election, says a new report from research and consulting firm GlobalData.

The company’s latest report states that the most significant change to Argentina’s fiscal regime is the incentives offered in July 2013 for $1 billion five-year investment plans. The benefits of this scheme include exemption from oil and gas export duty for up to 20 percent of production after five years from the project start, and the right to retain all foreign currency received from the sale of this 20 percent production share.

This incentive program was introduced at the same time as the announcement of an investment deal between Yacimientos Petrolíferos Fiscales (YPF) and Chevron to develop the Vaca Muerta shale, which is estimated to hold significant oil and gas reserves.

“Given the timing, and the fact that the Chevron–YPF deal fulfills the requirements to benefit from the new scheme almost to the letter, it is clear that the law was prepared in tandem with the Chevron negotiations and that a primary purpose of the incentive is therefore to promote the development of the Vaca Muerta,” says Adrian Lara, GlobalData’s senior upstream analyst for the Americas.

“As this amendment is so recent, we are not expecting any further incentive programs to be added in the short term. However, for the Vaca Muerta, this Chevron deal suggests that other investors may be able to negotiate individual benefits in contracts with YPF. This may be particularly pertinent given the boost of investor confidence, which will result from the reported Repsol–YPF settlement deal.”

Read more stories on the oil and gas industry:

Despite the recent changes to Argentina’s fiscal terms, a number of existing barriers will prevent a more positive outlook for the country’s oil and gas industry over the coming years.

“Even with duty-free export quotas and some access to export-generated foreign currency, the economy-wide restrictions on the repatriation of profits and domestic price controls will remain important factors with regards to investment, as will the consideration of inflation,” Lara adds.

“Domestic Argentinian oil and gas prices remain significantly lower than those on the international market, and the latest investment incentive still does not allow full access to exchange markets. Furthermore, government inflation figures are considered to be grossly understated.”

GlobalData expects these factors to limit the effect of new incentives at least until the upcoming election in 2015, with little indication that the situation may change prior to this. Even then, the company holds that wholesale market reforms may still be unlikely.