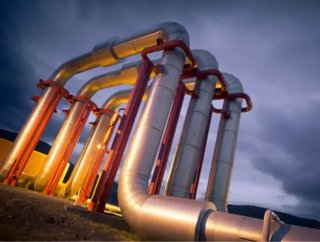 Written by Emily Couch An oil spill in an Arkansas town is bringing more light to the risk of transporting fuel across a national labyrinth of pipeli...

An oil spill in an Arkansas town is bringing more light to the risk of transporting fuel across a national labyrinth of pipelines. President Barack Obama has to weigh the risk factors and benefits of the Keystone XL project.

Environmental groups are using the Exxon Mobil Corp pipe bust on March 29 in Mayflower, Arkansas as the fighting reason as to why Obama should reject Keystone while industry groups assert that pipelines continue to be  the safest way to transport oil.

The US State Department is undergoing the colossal task to come to a decision if Obama should approve the Keystone project. The review of this plan is vital because Keystone crosses an international border. The White House is very serious about the safety of the pipeline system and The Environmental Protection Agency is working with local officials and Exxon on the Arkansas spill.

Congress argues that the Keystone project will create thousands of jobs. Battling the unemployment issues in the U.S. could not come soon enough and is said to improve U.S. energy security.

On March 22, the Senate approved 62-37, a non-binding resolution encouraging the development of Keystone. The pipeline could carry more than 800,000 barrels of diluted bitumen, or dilbit, from Alberta, Canada to refineries along the U.S. Gulf Coast, if built. Currently, Exxon’s pipeline Pegasus runs from Patoka, Illinois to Nederland, Texas and carries up to 96,000 barrels a day.

Around 11.9 billion barrels of oil, gasoline and other refined products are transported across the network of pipelines, according to John Stoody, the Director of Government and Public Relations for the Association of Oil Pipe Line. The members of this Washington based group own about 85 per cent of the liquid pipelines in the US

Meanwhile, environmentalists continue to argue that the spill is a reminder that oil companies should not be trusted to transport toxic chemicals.