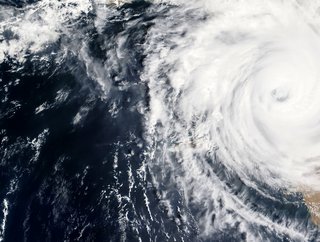 The subject of planning and managing the aftermath of natural disasters may not always be front of mind for electrical utility companies. But to the...

The subject of planning and managing the aftermath of natural disasters may not always be front of mind for electrical utility companies. But to the public, restoration of power in the event of such events is a critical activity and to many, a life-saving one. If a disaster strikes, millions of people may be impacted by the inefficient and uncoordinated efforts of just one organisation.

In June this year, severe thunderstorms downed trees and power lines affecting the supply of electricity to 112,000 residents in Kansas City, USA. In the past 12 months, natural disasters around the world cost utilities an estimated $10bn in repairs and fines. Hurricane Irma knocked out power in over four million homes. Losses as a result of calamities or natural disasters have risen to the highest levels seen in four years. The question is: can utilities confidently say they have a robust disaster operations management plan in place? If not, there is a steep price to pay. When a disaster strikes, to minimise both disturbances and recovery times to the public, regulators are imposing heavy fines on utilities for extended outages – when services are not restored within a stipulated time.

In the UK in 2013, SSE & UKPN were fined £8mn for management failures of slow power restoration following a major storm, with 660,000 customers affected. SA Power Networks in Australia was ordered to pay $20mn in compensation to 75,000 customers who were affected by a blackout following a storm late last year. Regulators are sending a clear message that negligent action, or in most cases, inefficient action, will bring strict penalties. The initial costs of implementing comprehensive and robust disaster operations management might be perceived as a drawback by some, but the investment means avoiding lengthy downtime, power restoration delays and subsequent hefty fines from regulators.

In the next three years, the global incident and emergency management market is expected to grow by over 20%, to $101.33bn. Major drivers of this growth include changing climatic conditions, increasing government regulations, extensive usage of social media to spread information and increased threats of terrorist attacks.

An example of the changing climate is demonstrated in recent modelling from a group of international scientists who suggested that extreme ‘El Niño’ events will become more frequent in Australia over the next century, bringing weather patterns that are associated with droughts, floods and cyclones. This, therefore, is a crucial point for organisations to prepare for the future.

Many utilities find themselves underprepared for disasters due to a number of constraints within their core IT systems, with poor integration, limited information and lack of time. Systems that are neither intelligently integrated nor intelligently functional can cause delays to the restoration process. Multiple legacy sub-systems may operate in silos, with large, complex data sets requiring complex analysis, with many unable to provide results and offer decisions in near real-time.

Consider the need to analyse the impact of an extreme storm on a utility’s assets. Data will be required from both a weather service and an asset management system, to layer the two together for analysis. Further information could then be drawn from vegetation data to predict the impact of fallen trees on those assets. To commence repair, field force automation and workforce management systems then need to organise the dispatch of field crews to repair the damage. This reactive process of responding to a disaster is both time- and labour-intensive, which is likely to result in fines for services failing to be restored within the required amount of time.

Costs for the restoration of power also increase when outdated systems lack the capability to provide an accurate and reliable response plan. These costly overheads may include the hiring of specialists to run damage assessment tests or paying staff overtime.

Regulators are increasingly focusing on utilities performance metrics for defining their rates, costs and access to safety improvement, R&D and innovation budgets. All these affect the utility’s operational and financial performance. An intelligent DOM solution will also prepare the groundwork to enable utilities to align and prepare themselves for some of the newer changes on the horizon, such as performance based regulation. This is being considered, with multi-year plans incentivising utilities to modernise their operations and align customer needs with company goals and policy goals. For example, Minnesota uses a multi-year plan that, according to state legislature, can replace annual rates as long as it bases a portion of utility revenue on encouraging efficiency. Rates are also reasonably in line with the costs of service during the time period.

The introduction of intelligently integrated systems for location-based DOM would provide the assessment and management that utilities require to improve responsiveness. It would enable them to move away from being reactive, towards a process that helps them anticipate, plan and execute methods to reduce the impact of disasters. Even utilities that proactively mobilise without an outage or damage forecast model get it wrong; most either over- or under-prepare. Predictive damage assessment tools can now leverage machine learning, historical and big data analytics to improve damage forecast modelling, drawing on past data sets to produce accurate and reliable estimates of the damage that assets can sustain. In addition, by automating processes, they can learn and respond to the evolving climatic scenarios.

The communication between data is strengthened by the integration of formerly disparate systems, such as command control centres, weather information and field damage assessment. A 2016 report funded by the UK’s Department for International Development (DfID) assessed the application of big data for climate change and disaster resilience. It demonstrated how big data could be used in the early detection of floods by gathering and analysing information about flooding from social media feeds with satellite observations. Scientists De Groeve, Kugler and Brakenridge were then able to build a real-time map of the location, timing and impact of floods.

The latest data sources generated and used by utilities, such as LiDAR, 3D imagery and Internet-Of-Things (IoT) sensor data, can also be integrated to enable better decision-making. For example, the use of IoT in the electric power industry enhances the grid’s resilience and durability from outages. Smart meters are used as grid sensors that support decision making systems in several ways, including demand response, voltage management, outage management, accelerated restoration and overall operational efficiency.

The power of data

If utilities adopt a more predictive and data-driven approach, they can acquire the operational power to quickly coordinate with emergency response services. They can also leverage historical data to improve their effectiveness and reaction time in the future. Teams are supported with tools to collaborate effectively and remove delays caused by disparate, unconnected systems.

Consumers today are heavily reliant on the electrical grid and the “always on” world has increased expectations about a utility’s recovery times from outages in the event of a natural disaster. Regulators demand fast reaction times and consumers rely on power restoration as quickly as possible. Adverse weather conditions and threats to public safety are only going to grow.

But now, utilities have access to a rich pool of data and intelligent technology to enhance their efficiency, and support their efforts to build a strong model for Disaster Operations Management.