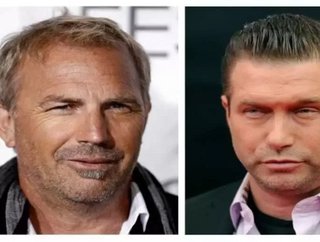 Actors Stephen Baldwin and Kevin Costner could spend the next couple weeks battling it out in a New Orleans courtroom over their investments in a devi...

Actors Stephen Baldwin and Kevin Costner could spend the next couple weeks battling it out in a New Orleans courtroom over their investments in a device BP PLC used in trying to clean up the huge Gulf of Mexico oil spill.

The federal lawsuit claims Costner and a business partner misled Baldwin and a friend regarding their shares of an $18 million deal with BP to buy oil-separating centrifuges after the 2010 spill. According to Baldwin and his friend, Spyridon Contogouris, the two were unaware of the deal when they agreed to sell their shares of Ocean Therapy Solution (OTS) for $1.4 million and $500,000.

They also claim to have been excluded from a June 8 meeting between Costner, his business partner Patrick Smith and BP executive Doug Suttles, discussing an agreement to make an $18 million deposit on a $52 million order of centrifuge devices from OTS. Baldwin and Contogouris say they were entitled to shares of BP's deposit and that Costner and Smith schemed to use BP's deposit to buy their shares in OTS.

“The source of the funds to buy plaintiffs’ interest was never disclosed to them, and OTS funds were secretly and improperly converted to effect the purchase,” a plaintiffs’ summary of the case says.

Baldwin and Contogouris are seeking over $21 million in damages.