Barrels of Oil and Jugs of Urine 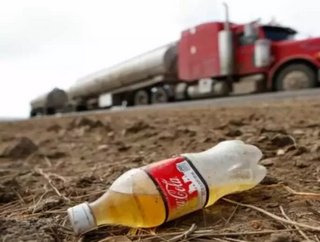 The oil boom in North Dakota has led to an influx of mass litter as the number of trucks coming into the area has rapidly increased. The worst of it...

The oil boom in North Dakota has led to an influx of mass litter as the number of trucks coming into the area has rapidly increased. The worst of it? Plastic jugs of urine pitched out windows of truckers passing through the once picturesque prairie sides of the state.

Why? Apparently, North Dakota lacks the funds to build new rest stops and the once eager community volunteer trash collectors want nothing to do with human waste. Called “trucker bombs,” the jugs often explode under heat, so handling the waste means risking receiving an unpleasant shower. Some tractors in the area have even upgraded with cabs to protect operators from getting sprayed with urine when the jugs get hit with a blade. But little else has been done.

With only three rest stops within hundreds of miles of highways, truckers are less willing to pull over in the middle of nowhere to politely relieve themselves. Catching them isn't easy, either. In the last few years, troopers have issued an average of only a dozen littering tickets each year. The fines are small and lawmakers refuse to put up distasteful signs portraying that dumping human waste is illegal.

The number of trucking companies operating in the state increased from 600 to 6,000 in the last year alone. The state has become the nation's No. 3 oil producer since 2006, but it is suspected that North Dakota will soon surpass Alaska, coming only behind Texas.

The oil rush, although great for the state's economy, is drastically changing North Dakota's landscape. Some volunteer waste pickup groups remain hopeful, but participation is waning. Perhaps some of that oil money should go into taking better care of the industry's truckers and, respectively, the environment.