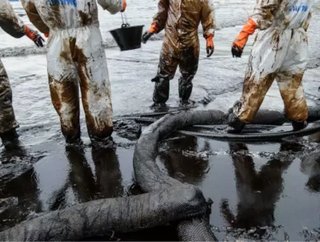 [email protected] Make sure to also check out Energy Digital magazine By Mar&iacute;a Gabriela Requiz According to the U.S. Environmental Protection...

Make sure to also check out Energy Digital magazine

According to the U.S. Environmental Protection Agency, 1,800 to 2,400 oil spills are reported each year that are caused by a variety of reasons, including storage leaks, production issues and transportation accidents. This equates to millions of gallons of contaminates flooding the environment annually.

The frequency of spills has steadily escalated over the past decades, increasing from 2,900 barrels of oil and other toxic chemicals spilled in 1980 to more than 4,400 barrels in 1990. In the U.S. alone, during the first five months of 2013, three major spills were documented.

And as recently as October an oil spill of more than 20,000 barrels occurred on a farm in North Dakota as a Tesoro Logistics LP pipeline ruptured. The pipeline, which has since been shutdown, was moving crude oil to Columbus, N.D., from the Bakken shale play. It was one of the biggest oil spills on U.S. soil in years.

As demand for energy grows, oil production is projected to increase worldwide. With rich deposits throughout the region, Latin America holds 20 percent of the world’s oil reserves. The region, already a leading oil producer, is expected to add about 7.5 billion barrels a day, doubling current outputs between now and 2025.

Despite rigorous monitoring and advanced methods of extraction, equipment fails, wells leak, pipelines fracture and spills happen. In Venezuela alone, there were 4,052 documented oil spills and other chemical discharges to surface water, groundwater and soil in 2011, an increase of more than 69 percent over the previous year.

In response, Vepica Environmental Consulting, based on its first-hand experience and the expertise of their engineers, developed a six-step plan to serve as a roadmap for executing a successful environmental cleanup.

This is the starting point. Existing site information is compiled and synthesized. Any data gaps or uncertainties are identified. It is a desk study; a procedure for reviewing all available site-related documents.

This includes the history and background of the site, the site’s geology and hydrogeology, as well as aerial photography. National and international legislation is reviewed as well. The output of this first step is the preliminary remediation plan, which can be adjusted as execution of the plan advances.

This second step, referred to as Environmental Site Assessment (ESA) Phase I, involves interviewing owners, stakeholders, neighbors and city hall representatives. Site characterization complements, and in some cases verifies, the information obtained through the preliminary assessment.

After Phase I is completed, an ESA Phase II begins. In most cases, this involves a soil gas sampling study, which is a screening method for detecting Volatile Organic Compounds (VOC) – the most abundant group of ground-water contaminant compounds.

Data delivered by the monitoring wells helps identify the type of contaminants present, the extent of the impacted area and the directional flow of the groundwater to see where it is headed next. This information is the key for developing the remediation strategy listed below and for estimating the time and cost of cleanup.

At this point, the remediation team evaluates the possible cleanup technologies to be used, considering all the variables. These variables include the type of contaminants, the size of the impacted area, accessibility to the site and how the land is used. Land use is the most important variable because it indicates the cleanup values that must be achieved.

The technologies and methodologies most commonly applied in remediation strategies are pump and treatment systems, the removal of any underground storage tanks, Soil Vapor Extraction (SVE), air sparging and bioremediation.

A pump and treatment system is the most common free product recovery system used. It operates in a recovery well and is constructed with a slotted screen, which extends from above the top of the floating product to below the water table. A single pump is positioned so that it can pump both water and free product. Such systems are relatively inexpensive and easy to operate, however soluble organics may be introduced into the water during the extraction process, thus necessitating a water treatment system.

Soil contaminated with VOCs can be remediated with SVE. This process is analogous to the pump and treatment system for groundwater, and works by moving air through the area of contamination in the vadose zone, which is the area between the water table and the surface.

The contaminant is funneled into the moving air and is removed, and similar to water moving through an aquifer, the air will naturally flow through the more permeable materials and bypass the low permeability zones. One thing to watch out for is hydrocarbon vapors that migrate through the soil and accumulate in basements, where they could catch fire or explode.

In some cases, an SVE system is installed together with an air sparging one to accelerate the remediation process. In air sparging, the air is injected into the aquifer through a well point that is located below the zone of groundwater contamination. The idea is that the air bubbles will rise up and strip the VOCs from the groundwater, which are then recovered by the SVE system.

One example of how these technologies are used occurred during the preliminary studies for building a second line for Caracas, Venezuela’s subway system. Teams discovered several gas stations had spilled gasoline into the soil above the path where the underground line was to be constructed.

Remediation experts installed SVE systems to reduce the concentration of VOC to prevent potential explosions, especially when the boring machine passed through the area. In the end, the remediation was successful and the tunnel was finished on time, with no incidents.

Usually the longest and most expensive stage, this step involves the operation and maintenance of the installed remediation system. It also includes long-term monitoring activities. Remediation and mitigation encompasses equipment operation along with the process of detecting the variations of contaminant concentrations, which is usually monitored by groundwater and/or soil sample analysis.

Changes in the concentration of contaminants at the site could indicate source depletion, rebound or seasonal effects created by rainy and dry periods. All of these factors must be evaluated in order to identify potential challenges during the remediation process, and to make any modifications to optimize remediation efforts. Monitoring these changes also ensures that all equipment is operating according to specifications, and helps determine if additional funds are needed.

With cleanup completed, the site owner and/or stakeholders can integrate all of the data captured during steps one through five to begin planning the redevelopment of the remediated area. It is important to mention, however, that no modification to a site can be made until outstanding issues of environmental liability are resolved, and any legal cases closed.

In some markets, this legal clearance for the remediated site is given by the federal government, and in some cases the local city hall or municipal courts. Most cleanup sites are either abandoned or used for recreational purposes.

As an example of a successful cleanup, in a small town south of Caracas, Venezuela, a leaking underground storage tank at one of the gas stations poured around 3,300 gallons of fuel into the subsoil. Due to local topography, the gasoline began percolating into two neighboring home sites located less than 500 yards down gradient from the station.

On one property, the free-flowing chemical product appeared just as the soil was being prepared for the planting of crops. In one of the trenches, the gasoline appeared above the water level in an irrigation trench. In the other house, located in front of the first, gasoline odors began permeating the bathroom. A few days later, gasoline was visible floating over the toilet water.

The remediation strategy began with a soil gas sampling at 30 drilling points. Based on the samples, 65 monitoring wells were installed throughout the town. SVE systems were installed in the first house with a single pump system to recover the free product. The second home was demolished and the owners were moved to another local house. Within the contaminated areas, the free-flowing product was recovered using monitoring wells. A semiannual groundwater sampling was executed over the five-year remediation process.

The SVE system operated continuously for 12 months. After the first year, the operation was reduced to every other week, until VOC concentration was less than 100 ppm. Approximately 2,200 gallons of gasoline were recovered. The area where the demolished house once stood was used to build a basketball court. In the other case, the owner waited one more year for natural attenuation to complete the remediation process.

This six-step plan has proven to be highly successful for restoring sites for reuse or repurposing. Still, the best remediation strategy is always based on prevention. Can this be achieved with the high rate of production activity worldwide over the coming years? Yes. It requires thorough environmental awareness during the design and planning of the construction of any site that will process or handle chemical substances, including fuel stations, refineries, chemical storage sites and other facilities.

By considering the environmental criteria in the early stages of engineering for each site, and by evaluating every possible contingency measure for preventing the spillage of pollutants, site owners and project managers can minimize the chances for spills, leaks, line breaks or other accidents.

However, if a spill does occur, and a cleanup is necessary, these six steps will ensure the site is returned to its original state.

María Gabriela Requiz writes this month on the best six-step plan for a successful environmental cleanup of an oil spill. Requiz is an environmental consultant at Vepica Environmental Consulting, a global leader in environmental engineering and consulting for the energy industry.