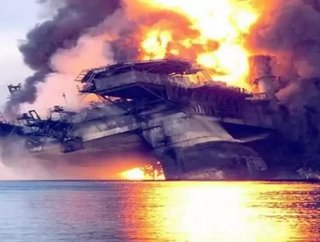 The court has ruled that BP will not be collecting part of the $40 billion in cleanup costs and economic losses from Transocean Ltd associated with th...

The court has ruled that BP will not be collecting part of the $40 billion in cleanup costs and economic losses from Transocean Ltd associated with the 2010 oil well blowout and spill in the Gulf of Mexico.

BP will have to indemnify Transocean for any blame, US District Judge Carl Barbier in New Orleans ruled yesterday, ending a case in which BP sued the company in April to recover part of its costs from the spill.

"This confirms that BP is responsible for all economic damages caused by the oil that leaked from its Macondo well, and completely discredits BP's ongoing attempts to evade both its contractual and financial obligations," Transocean said in an e-mailed statement. "Transocean is pleased to see its position affirmed, consistent with the law and the long-established model for allocating risks in the offshore oil and gas industry."

Top Woman in Oil to Head Petrobras as CEO

However, Transocean may still have to pay penalties surrounding the Clean Water Act. It has already accepted responsibility for equipment losses and paid for personal injury and death claims.

"Under the decision Transocean is, at a minimum, financially responsible for any punitive damages, fines and penalties flowing from its own conduct," BP said in a statement. "Transocean cannot avoid its responsibility for this accident."

Halliburton is seeking indemnification as well, having supplied cementing services for the Macondo well project. That motion is still pending.