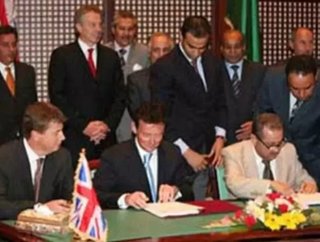 British Petroleum (BP) is one of the very few foreign oil and gas companies with exploration and production licenses in Libya. BP signed a $900 million...

British Petroleum (BP) is one of the very few foreign oil and gas companies with exploration and production licenses in Libya.  BP signed a $900 million agreement with Libya’s National Oil Company in 2009, granting the company access to 21,000 square miles of land both onshore and offshore of Libya’s coast.  However, with analysts expecting a post-conflict Libya to be more pro-business and pro-west, BP may soon see a flood of competitors enter the country, such as ExxonMobil, Chesapeake, Anadarko and Chevron to name a few possibilities.

As the 9th largest oil producer in the world, Libya has in the past exploited its own resources.  Producing roughly 1.8 million barrels of oil a day and exporting about 85 percent of that to the world market, Libya holds the largest proven oil reserves in Africa—47 billion barrels.

BP’s history in Libya dates back decades.  Prior to 1971, the company had a vast presence throughout the country.  However, BP’s assets were nationalized by the Libyan government in 1971, and BP’s operations in the country came to a screeching halt.

In 2007, BP reentered Libya through an agreement with Libya’s National Oil Company.  Part of the transaction involved BP lobbying the British government to release Libyan prisoners back to their home country.  Helping to expedite the prisoner release ultimately landed BP the deal.

However, despite having access to Libyan reserves, BP hasn’t produced a single barrel of oil from the country.  BP’s 2010 drilling plans were put on hold amidst the company’s troubles in the Gulf of Mexico, where the Deepwater Horizon blowout and subsequent oil spill put BP in the international limelight.  In June 2011, when the company had planned to begin offshore drilling, the conflict broke out in Libya.  The company currently employs about 100 Libyan locals, but no foreign workers are operating in the country while the conflict continues.

At this point, BP officials claim to be “years away from production.”  No one can be certain as to what the political landscape will look like in Libya post-conflict.  However, it’s likely that we will see an inflow of foreign oil and gas companies offering competition to BP.