BP Points the Finger at Halliburton 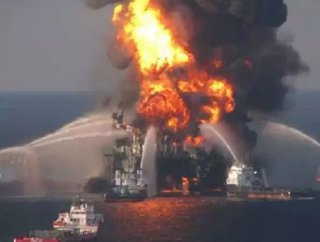 The fight is getting ugly as BP and Halliburton sue each other over the fault of the blowout that resulted in 11 deaths, hundreds of lawsuits from locally damaged businesses and the country's worst offshore oil spill in history.

"BP has now learned the reason for Halliburton's intransigence -- Halliburton destroyed the results of physical slurry testing, and it has, at best, lost the computer modeling outputs that showed no channeling. More egregious still, Halliburton intentionally destroyed the evidence related to its nonprivileged cement testing, in part because it wanted to eliminate any risk that this evidence would be used against it at trial," the BP papers say.

Using in-house labs, samples of the cement used were produced in an environment that prevented third-party labs from conducting precise tests and allowed Halliburton to destroy any results the company felt would have been indicators of instability, according to BP. Demanding Halliburton's computer used in the modeling be investigated by a third-party forensic data recovery firm, BP hopes missing evidence can be recovered to prove otherwise.

BP has also asked U.S. District Judge Carl Barbier to levy sanctions against Halliburton to bar the company from using certain evidence of defenses at trial against BP. Halliburton has responded with continual denial of any responsibility for the spill.