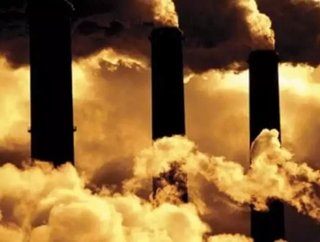 California became the first state to enact the nation's cap-and-trade program last Thursday after an eight-hour long meeting between industry representatives and the California Air Resources Board. Designed to provide financial incentives to companies in order to curb greenhouse-gas emissions, the system will place a price tag on carbon emissions and allow the state's industries to trade carbon credits.

Set to commence in 2013, the state's largest entities will be regulated first, followed by 85 percent of the smaller pollution emitters by 2015. Stemming from the 2006 global-warming law, signed by Governor Arnold Schwarzenegger, the cap-and-trade program aims to slash emissions to 1990 levels by 2020.

The first part of the plan will include a cap on emissions, allowing businesses to sell their excesses to companies exceeding their carbon allowances. Companies included in the plan will have to pay 10 percent of their initial credits, but able to purchase carbon offsets in order to comply with the eight percent of annual emission obligations.

As a result of new regulations on carbon emissions, advocates of the plan expect to see a surge of investment in clean energy technology. Many industry leaders, however, argue that the impacts of higher energy costs will hurt jobs, overtax refineries and energy intensive industries and raise overall energy costs.

On the other hand, companies will practically be forced to innovate in order to stay competitive, swelling the renewable energy sector. According to research group Next 10's latest edition of the Many Shades of Green report, green job growth in California outpaces the overall economy by three times the rate of overall job growth. The new regulations are sure to add to the “core green economy” in California, which Next 10 refers to as the businesses that provide products and services that are alternatives to carbon-based energy, reduce pollution and conserve natural resources.

As the state sets a model for others to follow, the renewable energy sector is gearing up for business.