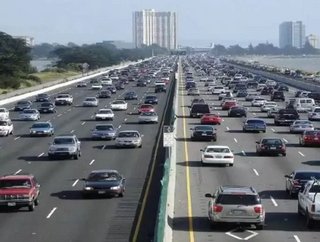 The California Air Resources Board unanimously approved the new rules, mandating a 75 percent reduction in smog-forming pollutants and a 50 percent reduction in greenhouse gas emissions by the same time frame. One in seven new cars sold in 2025 must also be electric or another form of a zero-emissions vehicle.

"Today's vote ... represents a new chapter for clean cars in California and in the nation as a whole," said Mary Nichols, the board's chairman, according to the Associated Press. "Californians have always loved their cars. We buy a lot of them and drive them. Now we will have cleaner and more efficient cars to love."

Setting the pace for other states and the auto industry to follow, California's increasing strictness of auto emissions standards are often more influential and progressive than federal rules. Thus far, 14 other states have adopted California's emissions rules as their own and 10 have followed suit on its zero-emissions vehicle mandates.

Some companies protested the system, claiming that it would give some automakers credit towards the mandate for exceeding the new standards, while dealers argue it would make costs of all cars go up. However, others like Ford, Chrysler, GM and Nissan supported the new standards.

The board disputed the argument, explaining that fuel cost savings more than make up for vehicle price increases.

"Our research shows a $1,400 to $1,000 car price increase. But over the life of the vehicles, the owners save $6,000 in reduced fuel and maintenance costs," board spokesman David Clegern said.