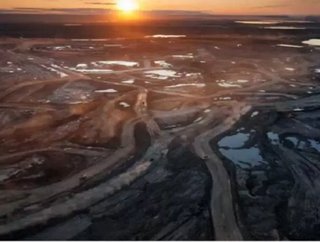 Canada holds the largest crude oil deposits outside the Middle East, most of which are in the form of oil sands, and are expected to play a major role...

Canada holds the largest crude oil deposits outside the Middle East, most of which are in the form of oil sands, and are expected to play a major role in supplying the world’s future energy requirements, states a new report by energy experts GlobalData.

The new research states that Canada is one of the leading countries in the world in terms of proved oil reserves, with 175.2 billion barrels (bbl) of proved oil reserves at the end of 2011, out of which 169.2 billion bbl of reserves were available as oil sands. Development of the oil sands industry in Canada will continue to be spurred on by the continuous growth of global oil demand and high crude oil prices, as oil sands projects once seen as economically unviable are now being considered profitable. The favorable business and political climate in Canada, and continuous technological advancements are also set to support industry growth.

Oil sands are essentially bitumen, an extra-heavy crude oil, mixed with sand, water, and clay, or other minerals. Bitumen is so viscous that it cannot be pumped or flow without heating or dilution, and needs treatment before undergoing processing in refineries.

Production from the Canadian oil sands industry is expected to increase in the future, due to the start of new projects, and the development of technologies which will enable enhanced oil sands processing. Substantial financial activity is taking place in the market, with several companies making investments. The industry also saw the announcement of a significant acquisition in 2012 – the acquisition of Nexen Inc by China’s CNOOC Ltd for $15.1 billion – which reflected a global interest held in Canada’s unconventional oil assets. Syncrude, the largest oil sands project in Canada, is also expected to undergo expansion by 2018, and Fort Hills is one of the largest planned oil sands projects, with a capacity to produce 160,000bbl/d by 2016.

The huge oil sands reserves in Canada will contribute towards global energy security. Canada is already the largest supplier of crude oil and petroleum products to the US, accounting for nearly 25% of US crude oil and petroleum imports in 2011. International Oil Companies (IOCs) can currently access only one in six barrels of the world’s known oil reserves, and approximately half of these reserves are available in Canada as oil sands deposits. Canada therefore could play a substantial role in ensuring future global energy security.

However, the development of oil sands in Canada is attracting criticism due to several issues such as high water use and Greenhouse Gas (GHG) emissions.