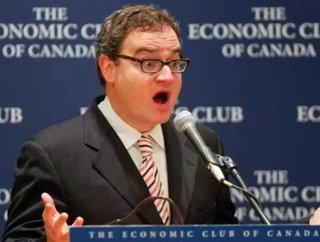 TO ENHANCE YOUR READING EXPERIENCE, VIEW THIS ARTICLE IN OUR INTERACTIVE READER! In his book, &ldquo;Ethical Oil: The Case for Canadas Oil Sands,&rdquo...

In his book, “Ethical Oil: The Case for Canada’s Oil Sands,” popular Canadian Conservative pundit and media personality Ezra Levant discusses how Canada’s vast reserves in bitumen oil sands is the favorable option to oil produced from nations with unethical social paradigms.  In an exclusive interview with Energy Digital, Mr. Levant shares his insights on the topic of “ethical” oil.

For Energy Digital readers who have not read your book, what is “ethical” oil?

Ethical oil is oil that is produced in a manner that is environmentally responsible, peaceful, treats workers well and respects human rights. It is the opposite of conflict oil, which unfortunately comprises most of the world's oil production.

Oil sands development has the potential to raise Canada to the position of number one producer in the world.  Do you foresee such a prestigious position increasing the country’s political power internationally?  What effect would this have on OPEC’s market domination?

It would be a huge economic difference for Canada; it would allow the United States to replace their conflict oil imports with ethical oil imports; but it isn't enough to slake the thirst of emerging Asian economies, particularly China and India.

The oil sands will make a difference, as all new supply will—it will be a brake on the world price of oil. And we'll take a larger slice of the market. But we'll never be able to put the Saudis, Iranians and other Persian Gulf suppliers out of business.

Do you think that Canada has a moral obligation then to deny “unethical” countries access to Canadian reserves?

No. That would be tantamount to putting economic sanctions on any country that's not a democracy—that’s not in our national interest. It is likely in our national interest, for example, to have China replace its conflict oil imports from Sudan with ethical oil imports from Canada. Unfortunately, given the size of Chinese demand, and the size of OPEC supply, unethical countries will continue to be a fact of life. Adding ethical oil to the world market is a marginal improvement, but not a total solution to the world's problems.

While the oil sands hold proven reserves estimated to last well over 150 years, exploitation has increased exponentially.  When coupling this with other exponential trends, such as increased international oil and plastics consumption, as well as general population growth, do you think the predicted lifeline will hold true?

I do. There are about 170 billion recoverable barrels of oil in the oil sands. Production today is about 1.5 million bpd. That's about 300 years. Triple the production—as plans suggest we will—and that's still a century of production.

But that doesn't treat the fact that there is ten times more oil "in place"—that is, there are another 1.7 trillion barrels of oil sands oil that we can see, that we know is there, but that is just not recoverable at today's prices and with today's technology. I would predict that over time technology will evolve to allow us access, on a commercially viable basis, to more of that oil.

While Canada is pressing the U.S. to move forward with the Keystone XL pipeline for delivery of Canadian diluted bitumen, Canada has yet to build a pipeline connecting the oil-rich western provinces to the Atlantic eastern provinces, which still rely on foreign oil.  What are your thoughts on this?

Most Canadians do not know that we import half of our oil—including from conflict jurisdictions like Russia, Algeria and even Saudi Arabia. I think Canadians would find this shocking—which is why I propose country of origin labeling for gas pumps, like we have for clothing, food, toys, etc. That's not a trade barrier—it’s information that can empower consumers to know the real market alternatives. If the choice is between conflict oil and ethical oil, I think consumer demand would lead those pipelines to be built east, not just south and perhaps to the west coast.

An anecdote: last year I spoke with Denis Coderre, then the Liberal critic for natural resources. I told him that Montreal imported conflict oil; he replied that no, in fact they imported their oil from... Maine! It's true, the Portland to Montreal pipeline supplies much of Montreal's oil. But it doesn't come from the vast oilfields of Maine—it’s conflict oil from around the world shipped by tanker to Maine, and then laundered through an American pipeline on its way to Canada. So Mr. Coderre was being willfully blind to the ethical character of his oil. I'm sure it helps him sleep to think he's burning Maine oil, rather than Sharia oil from Saudi Arabia.