Carbon Trade War in the Sky? 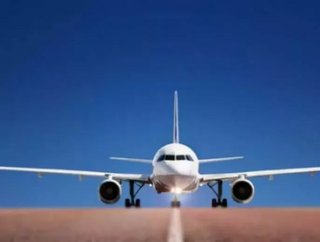 Countries opposing a European Union law that would force the world&#39;s airlines to pay for greenhouse gas emissions retaliate with a series of threa...

Countries opposing a European Union law that would force the world's airlines to pay for greenhouse gas emissions retaliate with a series of threats, leading to what may be the world's first carbon trade war.

The EU has mostly dismissed the threats, while the U.S. State Department sees any retaliatory measures as premature until the EU is given the chance to reconsider the current carbon emissions scheme.

Potential steps could involve barring national airlines from participating in the EU program, ending talks with carriers on new routes, imposing retaliatory levies on EU airlines or beginning serious talks with the United Nations International Civil Aviation Organization (ICAO). Dubbed “the coalition of the unwilling,” complaints of those opposing the program have already started debating the issue with ICAO.

Saudi Arabia plans on organizing another unofficial meeting later this year. Others believe that keeping talks within the ICAO framework is the best way to resolve the dispute, in addition to working on an alternative program to curb rising aviation missions. The US remains hopeful that the EU will reconsider.

"The U.S. position on the inclusion of its airlines in this emissions trading scheme has been very clear and consistent. We believe that the EU needs to cease application of this scheme to foreign airlines and engage meaningfully with the International Civil Aviation Organization to find and develop a global approach to this problem," said Mark Toner, a spokesman for the State Department.