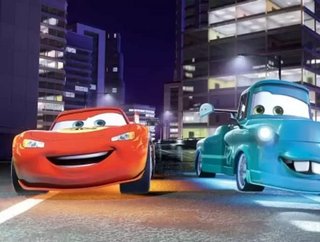 Cars 2 debuts at theaters across the globe this weekend, and families will be lining up to take the kids to the second installment in Pixars wildly pop...

Cars 2 debuts at theaters across the globe this weekend, and families will be lining up to take the kids to the second installment in Pixar’s wildly popular “Cars” franchise.  But energy buffs and environmental advocates may notice a “green” theme prevailing throughout the movie that may engrain sustainable ideals into the minds of youngsters.

However, the movie’s director, John Lasseter, says the film isn’t intended to be overtly political or even send a message.  Rather, he and the film’s writers tried to discern, in a universe of talking cars, “What would a bad guy do?  With 'An Inconvenient Truth' and alternative fuels and all the things going on, I kept thinking, well, in their world, it could be neat to have sort of big oil vs. alternative fuel," Lasseter said. "It makes logical sense for a world where cars are alive.

However, Lasseter claims, "We don't make message movies.  We weave things in that are going on, that you're familiar with in the world, and kind of bring it into our stories."

The film’s producer, Denise Ream, adds, "It really is all about, OK, how can we go about telling the most interesting story possible?  But hey, if people come away with the sense of we need to treat the Earth better, I think that's great, because I'm all for it."

The movie’s star, Owen Wilson, also comments, "I remember in the '70s, the gas lines. We're still dealing with a lot of those problems, so anything that can sort of get the message out in an entertaining way, that we need to be looking for some solutions to some of these problems, I think is good.  Because the way we're doing it now obviously isn't working, which is why you see Detroit and all these big companies shifting focus now to more efficient cars."

While Cars 2 may not intentionally be making a political or social statement, the film will undoubtedly be viewed to the contrary.  Yes, alternative fuels are the future, and the quicker the message gets out the faster that transition will occur and the more support it will have.  Nonetheless, it may be going a little bit far to demonize the oil industry as the villain in a kid’s movie.  99.99 percent of the families that see Cars 2 this weekend will travel to the theater in a petroleum-powered vehicle, and in the world of Cars 2, that would mean that moviegoers are supporting the bad guys!  What's more, most of the top oil producing companies in the world are also leading the pack in alternative fuels research and development.  Oil companies aren't stupid, they know reserves are running low and the only way to stay competetive and secure their empire is by making the alternative fuels transition themselves.  Although it will be interesting to see just how many young children come out of the theaters naively scolding their parents for filling up the tank with oil-derived gasoline.