CEO of REI Nominated as Secretary of the Interior 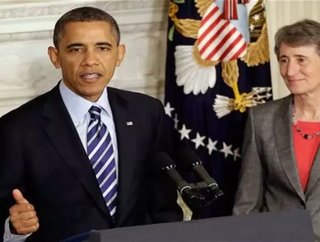 As Ken Salazar retires from his position as Secretary of the Interior, President Obama nominated REI&#39;s CEO Sally Jewell to take his place Wednesda...

As Ken Salazar retires from his position as Secretary of the Interior, President Obama nominated REI's CEO Sally Jewell to take his place Wednesday—a move backed by both conservation groups and Big Oil.

As the president and CEO of REI, Jewell is also on the board of the National Parks Conservation Association and formerly served as a petroleum engineer at Mobil. Her position on the board oversees energy and mining operations on millions of acres of public lands, according to the Associated Press.

While environmentalists tout her ability to protect America's natural resources and national lands, the oil and gas industry is also supportive of Obama's bi-partisan appealing choice.

"Her experience as a petroleum engineer and business leader will bring a unique perspective to an office that is key to our nation's energy portfolio,” Tim Wigley, president of the Western Energy Alliance, said in a statement.

In an introduction at the White House, Obama said that Jewell “has spent the majority of her career outside of Washington, where, I might add, the majority of our interior is located.”

“She knows the link between conservation and good jobs,” Obama added. “She knows that there’s no contradiction between being good stewards of the land and our economic progress; that, in fact, those two things need to go hand in hand.”