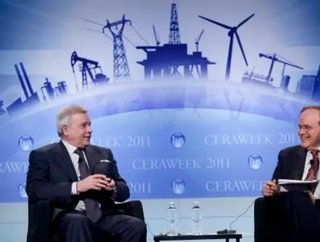 Recent global events have rocked economies and industries worldwide, with the oil industry taking center stage. From the political turmoil spreading throughout the Middle East to natural disasters crippling Japan’s economy – not to mention the nuclear crisis now facing the country – finding a solution to an oil shortfall is more urgent than ever.

During the recent CERAWeek conference – a global energy industry event presented by Cambridge Energy Research Associates – energy executives discussed these global issues and what they could mean for the future of U.S. dependence on foreign oil. They echoed a familiar sentiment: that reliance upon foreign oil won’t cease during the foreseeable future and that supplies will not last forever. In fact, while oil supplies enjoyed a 50 percent increase during the past 30 years, executives do not anticipate more than minimal supply increases over the next 30. This is particularly problematic as global energy demands are expected to increase by 40 percent over the next 20 years, a prediction reiterated by industry leaders such as BP’s CEO, Robert Dudley. Executives also agree that the affects of a shortage could be seen even earlier than expected given Japan’s renewed need for oil while their nuclear energy program is put on hold.

So what’s the solution? Green energy? It’s certainly a promising long-term solution, but there is agreement among energy executives that it could take at least 30 years to implement a system and the appropriate infrastructure to meet the greater needs of the U.S. population. In the meantime, many industry leaders are looking towards natural gas to sustain the country’s energy requirements and decrease dependence on foreign oil. In an address at CERAWeek, Total CEO, Christophe de Margerie, expressed confidence that the industry as a whole can manage an oil shortfall by increased reliance upon natural gas and specifically noted shale plays as a viable option for addressing near-term U.S. energy needs. Energy executives also believe shale and natural gas could alter geopolitics, reducing the power of Middle Eastern states by downgrading the demand for their oil and aid in complying with climate change regulations.

Why natural gas? While typically the forgotten stepsister of fuel sources, natural gas stands to change the way we think about energy throughout the world, especially thanks to recently discovered shale plays. The perception of natural gas as a waste product in oil fields and its limited use in manufacturing “carbon black” for car tires seems a distant memory. Today the use of natural gas to fuel power plants and heat American homes is the norm. The United States maintains the largest natural gas reserves globally and proponents of the resource are even attempting to push a bill (the “New Alternative Transportation to Give Americans Solutions Act”) through Congress that would create tax incentives for those implementing non-oil-reliant practices.

The Boone Pickens Bill, as it is colloquially known, supports what many industry executives promoted during the CERA conference: increased use of wind, solar and nuclear power, and yes, natural gas. The bill creates tax incentives of $1 billion a year for five years to encourage manufacturers to begin building heavy-duty trucks that will be powered by natural gas instead of diesel. Currently, the U.S. imports 20 million barrels of oil daily, 70 percent of which goes toward transportation fuel, and 23 percent of that goes to fuel the 8 million heavy-duty trucks on the road. The significance: by transitioning to natural gas run trucks, the U.S. has the potential to cut its OPEC imports in half.Looming budget cuts make such tax breaks unlikely in 2011; however this is an example of the kind of action the U.S. energy industry may be able to take in the coming years to bridge the gap between foreign oil dependency and a greener future.

The CERA discussion regarding natural gas was not held without addressing familiar challenges. The industry recognizes the concerns of those living near drilling sites, where hydra-fracking threatens to pollute rivers and underground aquifers. In response to these concerns, industry executives, led by the insights of former Presidents Bush and Clinton, are committed to developing environmentally respectable natural gas harvesting techniques. Once accomplished, the popularity of the resource is expected to increase exponentially and begin a transition from heavy reliance on foreign oil to an energy policy that supports the comprehensive use of sustainable energy sources.