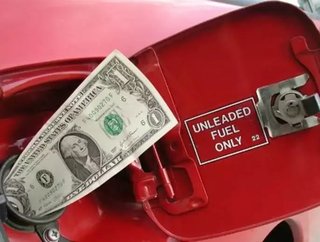 American automakers are fighting against a White House mandate that all domestically manufactured vehicles must meet a fuel standard of 56 miles per g...

American automakers are fighting against a White House mandate that all domestically manufactured vehicles must meet a fuel standard of 56 miles per gallon or better by 2025.  Automakers are reportedly buying up ad space and paying lobbyists to oppose the fuel standards, hoping to exempt light trucks and SUVs.  However, consumer groups such as the Consumer Federation of America (CFA) and Consumers Union are launching their own campaign to prove that the automakers’ reasons for refuting the fuel standard are unfounded.

“This is the same shortsighted thinking that got the U.S. automakers in trouble in 2008 when gas prices caused them to be overloaded with gas guzzling SUV inventories that just wouldn’t sell,” said Jack Gillis of the CFA and author of The Car Book.

“In making their case, the car companies have trotted out the old fear campaigns that they’ve historically used to resist fuel economy and safety improvements over the years, claiming that automobiles will be more expensive, smaller and less safe and that consumers won’t buy them,” says Gillis. “Their fear-filled predictions have been proven wrong, time and time again. We heard that requiring airbags would add thousands to the cost of a car and consumers wouldn’t want them.  We heard that publicizing crash test data was misleading, unfair and would not be understood by consumers. Well, today there is nary an ad that doesn’t tout the number of airbags or crash test performance.”

The CFA and Consumers Union plan to use radio, print and online social media to spread the word about the reality of increasing fuel efficiency in American vehicles.  According to the organizations, the fuel standard will:

1. Save consumers over $6,000 per vehicle in gasoline costs over the vehicle’s lifetime (compared to vehicles that meet the 2016 standard)

4. Ensure U.S. car companies will be competitive in the U.S. and globally

7. Offset any increase in vehicle cost by immediate savings at the pump

9. Ensure consumers will have vehicles they want (If they want SUVs they’ll have them, but much more fuel efficient versions)

10. Provide a long-term approach (14 years from now) which is both sensible, achievable, and allows for a gradual adjustment by automakers and consumers.

The consumer groups claim that if the automakers can convince the government not to enforce the fuel standards:

American automakers will need to listen to the consumer this time around in order to prevent another bailout situation as seen in 2008.  It was the American taxpayer that kept these companies afloat, and now they want to refuse us more economical and fuel-efficient vehicles?  Plus, by 2025 (13 years from now), engine efficiency technology will likely accelerate to the point where it’s hard to make a vehicle that gets less than 56 mpg anyway.