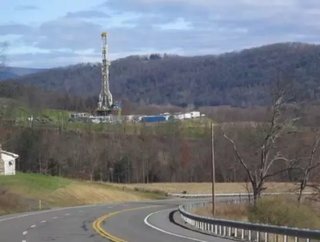 In Q1 of 2011, Chevron Corp. acquired natural gas producer Atlas Energy in a move to expand into the U.S. natural gas arena. The acquisition saw Atlas...

In Q1 of 2011, Chevron Corp. acquired natural gas producer Atlas Energy in a move to expand into the U.S. natural gas arena. The acquisition saw Atlas turning over assets, including nearly half a million acres of Marcellus shale natural gas land, to Chevron. Now, in an effort to further secure shale reserves, Chevron has purchased drilling and development rights for another 228,000 acres of potentially gas-rich land.

The discovery of the Marcellus shale—an underground gas-rich rock formation that lies beneath the Northeastern U.S.—has caused a boom in the U.S. natural gas sector. Shale natural gas reserves offer new hope to spur the nation’s energy security, especially amidst an uncertain oil market. While environmental concerns over the rock fracturing process used to extract shale natural gas prevail, the U.S. is moving forward with infrastructure development efforts promoting natural gas for electricity production as well as an alternative transportation fuel. In fact, over the next few years, several compressed natural gas fueled cars and trucks will be introduced to the U.S. market.

Analysts estimate Chevron’s purchase to be worth roughly $1.6 billion based on the estimated gas reserves involved. The land purchased is located in the U.S. state of Pennsylvania, which sits atop a large portion of the Marcellus shale formation.

"We are taking this step because the price is good and the assets are very complementary with the [Atlas] acquisition we made," says Chevron's president for North American exploration and production Gary Luquette.

Competitors ExxonMobil, Royal Dutch Shell and BP have all been laying claim to parts of the Marcellus shale formation as well. However, a lack of natural gas exportation infrastructure in the U.S. has caused the country’s domestic gas prices to decrease extensively, which may pose a risk for those companies actively looking to exploit shale reserves. Plus, the growing presence of opposition to shale fracturing has been emerging throughout the gas-rich region, citing water pollution as the primary hazard associated with shale gas exploration. In any case, it seems as though Chevron will be ideally positioned to tap shale reserves.