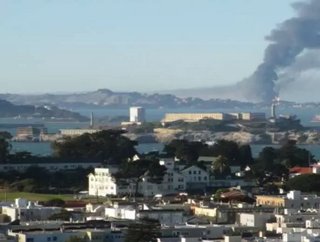 Chevron Corp., California&#39;s biggest oil company, has been ordered to pay a record-high fine of nearly $1 million for safety violations that involv...

Chevron Corp., California's biggest oil company, has been ordered to pay a record-high fine of nearly $1 million for safety violations that involved in a massive fire at a refinery in the San Francisco Bay last summer.

The explosion occurred on August 6th at a facility in Richmond, Calif., causing minor injuries to one of its employees and exposure to dangerous sulfuric acid and nitrogen dioxide fumes to some 200 local residents. Many sought medical help for subsequent respiratory problems.

The state Division of Occupational Safety and Health issued 25 citations against Chevron, amounting to $963,200—the highest in Cal-OSHA history. Investigators cited “willful violations” in the oil giant's response to the fire caused by an old, leaky pipe in one of its crude units.

"Our ... investigation showed that Chevron had repeated warnings and recommendations from its own metallurgists and pipe inspectors about the condition of this pipe," Ellen Widess, chief of Cal-OSHA, told the Associated Press. "Chevron was in a unique position to really know the hazards that they deal with from their dynamic technologies and processes, many of which are proprietary. They alone were in position to have addressed these hazards."

"Ensuring worker safety is the employer's responsibility," Christine Baker, director of the state Department of Industrial Relations, told the LA Times. "Refineries must take the steps needed to prevent incidents like the August Chevron fire. Failure to do so can pose great dangers to workers, surrounding communities and the environment."

Chevron responded to the fine in a statement:

"Chevron takes our commitment to safe operations seriously. Although we acknowledge that we failed to live up to our own expectations in this incident, we do not agree with several of the Cal-OSHA findings and its characterization of some of the alleged violations as 'willful.'"