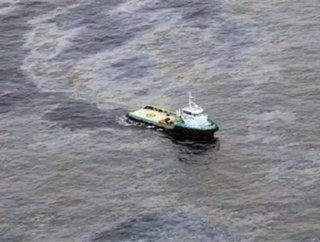 Brazil launches a second lawsuit against US oil company Chevron and driller Transocean in the amount of 20 billion real ($10.9 billion). Doubling the...

Brazil launches a second lawsuit against US oil company Chevron and driller Transocean in the amount of 20 billion real ($10.9 billion). Doubling the stakes, the new lawsuit relates to an oil leak discovered in March in Chevron's offshore Frade field, according to the Federal Public Prosecutor's office.

It also seeks to ban the companies from operating in Brazil, transferring profits overseas, obtaining government-backed finance and moving equipment from the country.

"The second leak is as serious or more serious than the first, so the damages have to be in the same category," Santos de Oliveira told Reuters. "While they are not a simple mathematical calculation, they are not symbolic either."

November's lawsuit over an estimated 3,000-barrel spill was considered by some one of the worst ecological disasters to ever happen in Brazil. However, Chevron claims the damage has been exaggerated.

"The filing of the second lawsuit is another in a series of outrageous actions brought by the same district attorney who previously filed both a criminal and civil case, all of which are without merit," Chevron said in a statement. "The 20-billion-real figure in both civil lawsuits is arbitrary and has no legal and factual basis."

Chevron said that tests show that the March spill was not from any reservoir it was producing from the field. Both Chevron and Transocean continue to claim innocence and will defend their employees against any charges.