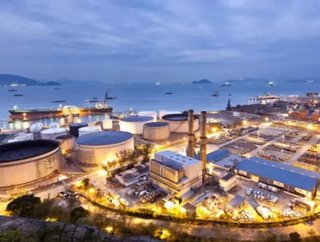 The Chinese governments decision to cancel a 400 mbd (thousand barrels per day) refinery project in Taizhou will have &ldquo;far-reaching consequences...

The Chinese government’s decision to cancel a 400 mbd (thousand barrels per day) refinery project in Taizhou will have “far-reaching consequences” for the Asia-Pacific refining industry’s future growth potential, according to an analyst with research and consulting firm GlobalData.

Jeffrey Kerr, GlobalData’s managing analyst for Downstream Oil & Gas, believes that the government’s decision to cancel the project, which was to cost Royal Dutch Shell, Qatar Petroleum and China National Petroleum Corp. (CNPC) upwards of $13 billion to develop, has led to a high level of uncertainty surrounding the fate of many future projects in the region.

“If this refinery, along with all other currently-proposed projects, was completed successfully, Chinese refining capacity could have been expected to climb from its current level of 10.51 mmbd (million barrels per day) to 13.66 mmbd by the end of 2020, before reaching 14.1 mmbd in 2025,” Kerr says.

“However, the cancellation of this significant project has raised some doubts over the development of other refineries that are set to come on-stream in the region between 2016 and 2025. For instance, industry heavyweights Kuwait Petroleum, ExxonMobil, Petroleos de Venezuela and Total are all involved in joint venture refinery projects that are planned to come on-stream over the next few years – but it now remains to be seen whether these investments are now at risk.”

The analyst believes that China’s new 400 mbd refinery project was “doomed almost from the beginning” due to pressures from local officials, opposition from some members of the Chinese government and reports that Royal Dutch Shell, Qatar Petroleum and CNPC were having difficulties in securing the land upon which the new refinery was to be built.

An on-going corruption probe into CNPC by the Chinese government could also have been a reason for its decision to pull the project – the magnitude of which Kerr believes should send a chill down the spine of CNPC’s joint venture partners.

“Overall, the cancellation of this refinery seems to be a herald for the end of Asia-Pacific’s refining construction boom, and a sign that the region’s refining industry may have reached a tipping point in total capacity,” Kerr says.