Citigroup Back in The Energy Business 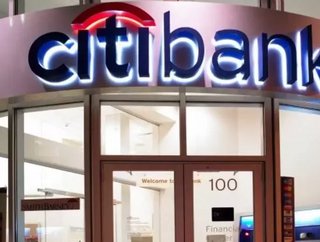 In 2008, Citigroup was one of the banks that required a massive government bailout to stay afloat. Part of the bailout saw a downsizing of the banks c...

In 2008, Citigroup was one of the banks that required a massive government bailout to stay afloat.  Part of the bailout saw a downsizing of the bank’s commodities activities.  However, three years later, the Citigroup is ready to jump back in to the energy trading game as it predicts a commodities boom just around the corner.

Citigroup has added roughly 50 new bankers to its energy business, and has increased capital allocations to its commodities sector, including trading activities. "We're growing all aspects of our energy business, on the banking side, on the commodity side, on the research side, and across all geographical regions," says Citigroup spokesman Stephen Trauber. "We're trying to take advantage of the activity levels that we're seeing in the global economy and in the global energy market."

Trauber assures that Citigroup has a strong capital position to take advantage of the commodities market.  The company is reportedly boosting its power, metals, natural gas, oil and refined products teams.

In regard to the price volatility of oil, Trauber believes $102 a barrel is about the average we will see trading to taker place at these days, with demand destruction culminating only if that average creeps up above the $110 a barrel mark.  He remarks, "Put me in a better economy where more people are employed and the global economy is stronger, that level may move up but, given the fragility of the global economy and U.S. economy, that number feels like it's the right number."

Trauber notes risks in the commodities to currently include economic slowdown in China, a European Union member state default, and continued unrest in the Middle East. "As those regimes change -- Egypt, Libya, Yemen, Syria -- we don't know the motives, objectives of new regimes. We don't know how they play against each other. That to me leaves a lot of political uncertainty around the Middle East for years if not decades to come," he said.

Trauber also comments on the high merger and acquisition activities taking place in the energy sector as a positive sign for reentrance into commodities, saying it’s the best merger and initial share offering activity he’s seen in the energy sector in his 25-year career as an energy banker.  More interesting, he doesn’t see high oil prices as a significant factor. "More companies are getting comfortable with higher oil prices in their modeling, but more important than that is the need to replace their own declining reserve base,” he says.  “If you have the strategic need and the lowest cost of capital you are going to be competitive in every opportunity you want to seek. That is causing majors to look elsewhere because they didn't used to have to compete with the Chinese... China was not a competitor that Exxon ever had to worry about. Today they do."

At any rate, it seems Trauber and his cohort of commodities savvy coworkers are eager to get back into the energy trading game.  Hopefully, Citigroup can manage itself a little more wisely this time around without needing another $300 billion bailout!