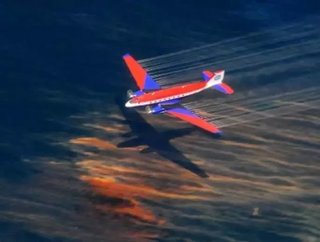 If you thought the 4.9 million barrels of oil dispersed into the Gulf of Mexico from the 2010 Deepwater Horizon spill was bad for the environment, the...

If you thought the 4.9 million barrels of oil dispersed into the Gulf of Mexico from the 2010 Deepwater Horizon spill was bad for the environment, the two million gallons of dispersant used to clean it up may have done more harm than good. According to researchers at the Georgia Institute of Technology and Universidad Autonoma de Aguascalientes (UAA), mixing dispersants with oil was 52-times more toxic than the oil itself.

"Dispersants are preapproved to help clean up oil spills and are widely used during disasters," said UAA's Roberto-Rico Martinez, who led the study. "But we have a poor understanding of their toxicity. Our study indicates the increase in toxicity may have been greatly underestimated following the Macondo well explosion."

According to their studies, mixing the dispersant with the oil increased the toxicity of the mixture, which was shown to increase the mortality of rotifers in lab tests, the microscopic grazing animal at the base of the Gulf's food web.

Martinez and other researchers hope that the study will encourage more investigation into the effects of oil and other dispersants on marine life to improve the management of future oil spills.

"What remains to be determined is whether the benefits of dispersing the oil by using Corexit are outweighed by the substantial increase in toxicity of the mixture," said Snell, chair of the School of Biology. "Perhaps we should allow the oil to naturally disperse. It might take longer, but it would have less toxic impact on marine ecosystems."

The findings are published online by the journal Environmental Pollution and will appear in the February 2013 print edition.