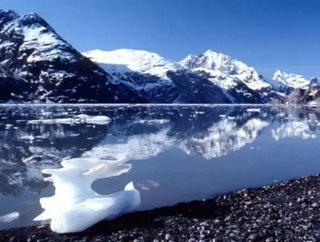 Secretary of State Hillary Clinton boards a research ship to tour the Arctic today, reiterating US interests in the vast deposits of oil, gas and min...

Secretary of State Hillary Clinton boards a research ship to tour the Arctic today, reiterating US interests in the vast deposits of oil, gas and minerals becoming available as the polar ice recedes due to climate change.

"From a strategic standpoint, the Arctic has an increasing geopolitical importance as countries vie to protect their rights and extend their influence," Clinton told reporters in Oslo before making the nearly two-hour flight north to Tromso.

"We want to work with Norway and the Arctic Council to help manage these changes and to agree on what would be, in effect, the rules of the road in the Arctic, so new developments are economically sustainable and environmentally responsible," she added.

Trade routes between Europe and Asia will shorten as the ice melts, cutting off thousands of miles worth of travel.

Environmentalists fear the pursuit of areas the oil and gas industry has little experience in creates a risk of uncontrolled development. An eight-nation Arctic Council is being established in Tromso to manage the new opportunities in a responsible way.

Clinton told reporters that it is important for nations to “begin working together to make plans for what will most certainly become greater ocean travel, greater exploration, therefore greater pollution, greater impact on human beings.”