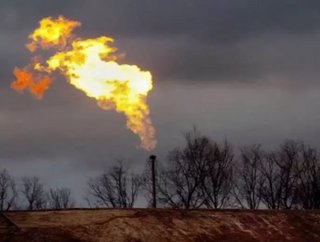 Unconventional gas is becoming increasingly popular across the Asia-Pacific, as demand for natural gas grows throughout the regions major industrialis...

Unconventional gas is becoming increasingly popular across the Asia-Pacific, as demand for natural gas grows throughout the region’s major industrialised nations, states a new report from business intelligence experts GlobalData.

The new report looks at Coal Bed Methane (CBM), otherwise known as Coal Seam Gas (CSG), which has similar properties to natural gas, is extracted from coal seams and represents an important unconventional source of gas.

Asia-Pacific is a major natural gas market, with the potential to become the largest gas market in the world in the future. The existence of substantial coal reserves, particularly in Australia, China and India, provides opportunities for companies to undertake CBM exploration and development activities. The region holds 265,843 Million Tons (mmt) of proven (1P) coal reserves as of 2011, leading the region to rank second after North America in global reserves.

Some of the most highly industrialized countries in the world are located in this region, such as Japan, South Korea and China, along with some of the most highly populated countries with high consumption rates, such as India and China. This incredible growth of natural gas consumption across Asia has made the development of unconventional gas sources vital to the region’s economy. Australia has already had major success in CBM developments, but China is now also aggressively developing its CBM resources, while other Asian countries such as India, Indonesia and Vietnam begin to seek out similar opportunities.

The urgent need to develop CBM as a secure gas source is being supported by favorable fiscal policies and government regulations in a number of Asian countries. Queensland in Australia has introduced a gas scheme which mandates the increased usage of natural gas for power generation, and China has provided CBM operators exemption from Value Added Tax (VAT), and exemption from import duty for machinery used for CBM extraction. India has also announced a tax holiday for CBM operations, albeit only for the blocks offered in the last four CBM exploration blocks award rounds.

In order to establish a superior export base for natural gas, Australia is undertaking the construction of several Liquefied Natural Gas (LNG) liquefaction plants to convert CBM to LNG, which are expected to be operational within the next few years. Geographical proximity to energy-hungry South Asia will provide a good market for Australian LNG exports.

CBM production in Asia is expected to reach about 98 billion cubic meters (bcm) by 2020, with Australia contributing over 60% of the total, with China and India representing the next major contributors.