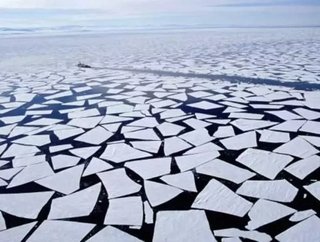 TO ENHANCE YOUR READING EXPERIENCE, CLICK HERE TO VIEW THIS ARTICLE IN OUR INTERACTIVE READER! From 1985 to 1987, a small group of unlikely partners i...

From 1985 to 1987, a small group of unlikely partners in Alaska defined common ground in the oil arena before the current national awareness of the risks of offshore oil production existed. The successful collaboration discussed herein raises the question if consensus building among the oil industry, environmental community and other stakeholders is possible today, and offers lessons learned and suggestions for initiating such collaboration.

As I watched executives from Exxon, Chevron, Conoco, Texaco, and Philips leaning over maps of the Bering Sea in Alaska alongside leaders from Sierra Club, National Resources Defense Council, other environmental groups, a commercial fishermen’s association, and Alaska’s native villages, I knew we were about to do something quite unusual. A collaborative process that started with an unlikely meeting of oil and environmental executives in Moro Bay, California–who thought the federal Outer Continental Shelf (OCS) leasing program produced unnecessary conflict–was culminating after a year of intense discussions and negotiations. The result was a carefully crafted plan to access the sea’s oil reserves while protecting the marine environment, fishing grounds, and native village way of life. No one got everything they wanted but the priorities of each side appeared largely intact and there was a willingness to work together to implement the plan.

Offshore Technology that Oil and Gas Businesses Need to Know About

Check out this month's issue of Energy Digital!

Organized by Robert Redford’s Institute for Resource Management, a small, nonprofit organization for which I served as executive director, the group identified common areas of concern and problems with the OCS leasing process and how it could be improved. Each developed maps of their priorities for offshore development or marine conservation in the Bering Sea. We overlaid the maps and identified areas of conflict and of mutual agreement. We examined assumptions and goals and developed trust necessary to arrive at a meaningful consensus. On occasion, it looked like things would fall apart, but as facilitators, we conferred with each interest group to resolve misunderstandings, thereby reducing the tensions that emerge during consensus building processes. Finally, a preliminary plan was formulated and circulated to the company boards of directors, membership committees and village councils. With support from the respective groups, we presented the plan to the Secretary of Interior and Congressional committees, who applauded the result of honest collaboration. The plan was included as an alternative in the Mineral Management Service five-year plan and environmental impact statement for oil leasing in the Bering Sea.

The experience demonstrates how collaboration and consensus building resolve challenges concerning a wide range of interests, and can be applied to the current battle over the offshore oil and gas reserves in the arctic between environmental groups, oil and gas corporations, and the governments of the United States, Russia, Canada, Denmark, and Norway.

1. Consensus building is a slow, deliberate process that is most successful when founded on a series of small agreements that build trust between the parties and lay the groundwork for larger issues.

2. Each party in a controversy has a data set that supports their position. Sometimes it is necessary to develop a “joint data set” to establish “common facts” before meaningful discussions can move forward.

3. The role of a trusted facilitator is critical to design and manage the process, keep focus on the big picture, and resolve and diffuse conflicts and misunderstandings that will arise as the parties wrestle with different assumptions, objectives and interests.

The following are suggestions to initiate a collaborative process:

• Organize a small investigation committee of industry leaders and identify a short list of possible issues that would benefit from stakeholder input.

• Bring in a facilitator to screen the issues and hold private discussions with stakeholder groups to assess interest and feasibility.

• Start small; choose something manageable and able to be addressed with a limited number of parties.

• With the help of a facilitator, organize a small group of stakeholders with varied interests to informally explore discussions on a specific issue of interest to all parties.

• If there is support for moving forward, develop a preliminary project plan and process design strategy that can then be reviewed by all parties.

• Keep things confidential; don’t involve the media or government directly until some level of comfort and agreement has been reached and the time is right to expand beyond the initial parties and areas of agreement.

• Be patient and mindful that collaboration and consensus building have unique benefits. Recognize that contention is a healthy part of the process, but finding common ground is possible among parties with divergent views and goals if people of good intensions can move beyond skirmishes toward the greater good.

Paul Parker is an Associate at The Cadmus Group, Inc.