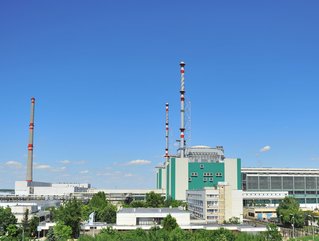 Construction has officially commenced on a multi-million-dollar nuclear plant in Bulgaria. The Kozloduy nuclear plant, a €72mn project th...

Construction has officially commenced on a multi-million-dollar nuclear plant in Bulgaria.

The Kozloduy nuclear plant, a €72mn project that will be used to store long-term radioactive waste that has previously been safeguarded in reinforced concrete.

The Bulgarian energy ministry officially announced that ground had been broken on the three-platform depot, with a capacity of 138,200 metres, located in the 3-km “surveillance zone” zone of the Kozloduy plant.

“The construction of the national radioactive waste depository is extremely important for the development of nuclear energy in Bulgaria,” Energy Minister Temenuzhka Petkova said.

The plant will be used for storage of nuclear waste for the next 60 years.

An agreement for expansion plans was announced in January 2016, between Kozloduy Nuclear Power Plant plc and a consortium of Russia’s Rusatom Services and Bulgaria’s Risk Engineering Ltd.

Speaking at the announcement, Rosatom said the contracted work includes an assessment of the "technical condition and justification of the residual service life" of the reactor equipment, the thermal and mechanical equipment of the first and second circuits, the diesel generator power units, and other equipment, buildings and structures of Kozloduy 6 – which construction has officially commenced.

The entire work programme is expected to take two and a half years.