Coping with Spikes in Gas Prices 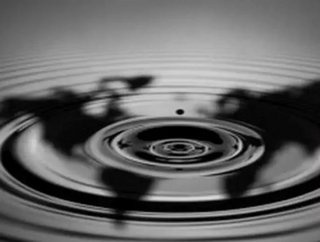 WASHINGTON D.C., 17 April 2012 – Today, the American Security Project released a perspectives paper about the nation's soaring gasoline prices. The paper underscored that the price of gas is intimately interconnected with crude oil prices, which are set by global markets. America cannot look for short-term solutions to what is a clear long-term problem.

The paper cautioned against hasty responses like banning speculation or releasing oil from the strategic petroleum reserves may give a short term reduction in prices at the pump, they will not solve the problem. America is critically dependent upon petroleum products for its economic well-being and the only solutions are long-term methods to reduce the amount of oil we use across the country.

“America's dependence on oil, regardless of whether it is produced here at home or imported from abroad, is a serious threat to our national security. The recent spike in oil prices is a symptom of a deeper sickness. This is a long term problem that requires long term solutions.”

“So long as we depend upon oil for virtually all our transportation needs, we will remain vulnerable to extreme spikes in oil prices, like we're seeing now. The price of oil is not in America's control, regardless of how much we drill here.”

He went on to say: “The only solution is to use less oil. Luckily, America can do this; we're developing and commercializing the technology now that can solve this problem. Next generation biofuels, new electric vehicles, and increased fuel efficiency are succeeding in reducing America's dependence on oil. We need to sustain and accelerate these trends so that the next global price spike goes unnoticed."

An excerpt from the paper is provided below:

Can We Reduce Gasoline Prices?

1. The Strategic Petroleum Reserve is the only “spare capacity” that the U.S. government controls. Re- leasing large amounts of oil from the SPR, especially in conjunction with allies around the world, would reduce prices in the short term. Unfortunately, draining the reserve in the face of high prices, not an actual disruption in supply, would undermine its ability to bridge actual supply gaps in the future.

2. A Gasoline tax Holiday could reduce gas prices by 18.5 cents per gallon, but that reduction would be unlikely to last, and it would have the effect of undermining the Highway Trust Fund, from which highway improvements are funded, and would increase the U.S. Government’s already large budget deficit.

3. Restricting Exports of Refined Fuel Products could reduce gas prices for a short time, as the U.S. has become a major exporter of refined fuels like gasoline and diesel. However, altering the free market in such a way would only cause refiners to reduce production of fuel.

5. Diplomatic measures to Reduce War Fears would drive down the global price of oil dramatically, if true. A large amount of speculation in the market right now is in regards to the fear that a war with Iran will cause a disruption in markets. If the threat of war were reduced, that fear would ebb, and prices would go down.

Can We Reduce the Harm of High Oil Prices?

1. Increased Auto Fuel Economy – one of the most effective ways to reduce the harm that high oil prices cause is for individuals to buy more fuel efficient cars. The recent deal between the Automakers, the Unions, and the Government to double fuel economy standards by 2025 mean that the American economy is less harmed by price spikes.

2. Changing to Alternative Fuels – though not a short term measure, building the infrastructure and technology to have biofuels or other alternative fuels will enable consumers to switch fuels when the price goes up.

3. Redesigning Infrastructure – the U.S. is particularly harmed by oil price spikes because we have be- come so dependent upon cars for daily transportation. Reduced commutes and alternatives to cars, like mass transit, would give consumers the option of not using gasoline when the price spikes.

Due to the nature of the global market and supply of oil, the only way to reduce the harm of gas price increases is to use less of it.