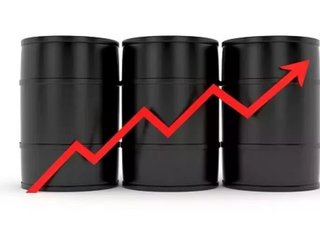 Crude oil is bullish today after Atlantic Superstorm Sandy has dissipated from the Northeastern United States. Many refineries have restored operations...

Crude oil is bullish today after Atlantic Superstorm Sandy has dissipated from the Northeastern United States. Many refineries have restored operations (some at reduced rates) after closing while the storm struck, according to Bloomberg.  The New York Mercantile Exchange (NYMEX) opened Oct. 31 to a 1.6 percent increase in crude oil for December. The NYMEX was closed during the storm along with most businesses and transportation services in New York City, NY. This increase may also be helped by the news of a fire at BP PIc's Texas refinery.

Two-thirds of refineries in the region affected by Sandy were closed on Monday, Oct. 29, and/or Tuesday, Oct. 30, according to Reuter's. BP CEO Bob Dudley predicted in an interview with CNBC yesterday that the crude market would recover quickly, due to an efficient distribution system, although he expects a slowdown in refining and distribution for a while. The average price for regular unleaded gasoline today is down to $3.521 from $3.534, according to AAA.

The increase in crude demand means the start of depletion for the U.S. crude oil stockpiles, which rose 2.1 million barrels to 371.7 million barrels according to the American Petroleum Institute, while gasoline supplies (which were halted without the utilization of crude oil) declined. However, a Bloomberg survey of analysts predicts stockpiles fell 500,000 barrels and crude supplies increased by 1.75 million barrels.

The U.S. Energy Department is expected to release its inventory report (previously scheduled to release today) tomorrow, says spokesman Jonathan Cogan, which should give some more exact numbers to the status of the oil and gasoline industry post-Sandy.