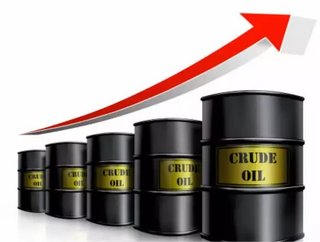 [email protected] The March issue of Energy Digital magazine is live Prices for crude oil increase slightly, which is probably due to continued tens...

Prices for crude oil increase slightly, which is probably due to continued tensions in the Ukraine, weak economic news out of China, and an oil spill Saturday in the Houston Ship Channel in Texas.

A collision between two ships in the Houston Ship Channel caused an oil spill and closed the waterway to traffic as a cleanup has ensued. According to the Associated Press, about 170,000 gallons of tar-like oil spilled into the Texas shipping channel and there is no timetable for reopening the waterway.

The call for sanctions against Russia due to its aggressive action toward Ukraine, could impact its oil exports. In addition, Chinese economic data was not as strong as expected. Both of these situations added to the reasons for the bump up in crude oil prices.

ExxonMobil to publish report on risks of climate change

Risk management in oil and gas