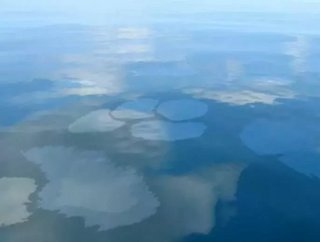 The Environmental Integrity Project (EIP), along with 16 other local, regional, and national organizations petitioned the U.S. Environmental Protectio...

The Environmental Integrity Project (EIP), along with 16 other local, regional, and national organizations petitioned the U.S. Environmental Protection Agency recently to require the oil and gas extraction industry—including companies engaged in fracking—to report to the Toxics Release Inventory (TRI). The oil and gas extraction industry has long used and released large amounts of TRI-listed toxic chemicals, and this has dramatically increased in the last decade with the rapid spread of horizontal hydraulic fracturing (or “fracking”).

Today’s petition would finally make this information available for the first time to citizens, communities, and lawmakers.

“The Toxics Release Inventory brings daylight to dark corners, by requiring companies to quantify and report their pollution to a public data base for everyone to see,” said Environmental Integrity Project Director Eric Schaeffer. “That makes it easier for communities to measure the environmental impact of local industries, motivates companies to reduce their emissions, and gives all of us insight into how well our environmental laws are working. The EPA estimates the oil and gas industry releases 127,000 tons of hazardous air pollutants every year, second only to power plants and more than any of the other industries already reporting to TRI. Why shouldn’t oil and gas companies be required to report these toxic releases under our Right-to-Know laws, like so many other industries already do?”

The oil and gas extraction industry is a vast and growing industrial sector, operating in most states across the U.S. Oil and gas industry processes extend from well exploration to production and processing up to the point at which the natural gas is ready for transport to market or oil is ready for transport to a refinery. The advent of fracking has allowed the industry to grow even more rapidly in the last decade, but with the addition of greater amounts and volumes of toxic chemicals, more wastes, and a much bigger environmental footprint.

“As a mother, wife, community member, and individual suffering health issues caused by breathing toxic emissions, such as benzene, from a natural gas compressor site, I am very concerned about the impact the oil and gas industry is having on human life and the environment,” said Pam Judy, a resident of Carmichaels, Pennsylvania. “I am dismayed that there is not an adequate federal disclosure requirement that would provide individuals with the information necessary to make decisions regarding their health and safety.”

Data on the oil and gas industry (including fracking) points to a large toxic footprint. EPA has estimated that the industry emits 127,000 tons of hazardous air pollutants every year, including benzene, xylenes, and hydrogen sulfide—more than any other TRI industry except electric utilities. And EPA investigations of natural gas development in Pavillion, Wyoming, and Dimock, Pennsylvania, found toxic chemicals and methane present in groundwater and drinking water wells. In fact, a Congressional report based on industry data found that the industry regularly uses products containing at least 45 TRI-listed toxic chemicals, the most common of which are: methanol, 2-butoxyethanol, and ethylene glycol.

“I don’t just work with Powder River Basin Resource Council members in Pavillion, Deaver, and Clark, Wyoming, who are severely impacted by contamination from oil and gas development. I also live with it,” said Deb Thomas, Powder River Basin Resource Council organizer and resident of Clark, Wyoming. “For those of us who fear our health is being affected by this industry, disclosure of the chemicals and constituents used during development is extremely important. We need to know what we’re being exposed to so that physicians can diagnose and treat our health problems and we can make informed decisions about staying in the communities we live in. It is a human right to know what toxic materials are being stored and used where we live and work.”

In spite of these significant quantities of toxic chemicals used and released, the industry is one of the few energy or extraction sectors that do not report to the TRI. For example, electric utilities, coal mining, and metal mining have all reported to the TRI for nearly fifteen years. The oil and gas extraction industry is also uniquely exempt from many key provisions of our major environmental laws, including the Clean Water Act, the Safe Drinking Water Act, and the Resource Conservation and Recovery Act.

“Western Maryland currently has the highest targeted amount of shale gas within the state, and development activities will likely be centered in rural communities like Garrett County. Unfortunately, the county does not have the information or ability to address the storage of large volumes of chemicals, which may appeal to companies looking to stage drilling and processing activities within Maryland,” said Eric Robison, CitizenShale president and resident of Garrett County, Maryland. “The reporting provided by the TRI would allow a community like Garrett County to, first, be informed and, second, be prepared.”

Today’s petition requests that the industry’s facilities report their releases of toxic chemicals to the TRI, as electric utilities and coal mining already do. The reporting requirement is annual, procedural, and simply requires disclosure.  These reports would provide a valuable resource to communities, lawmakers, and the companies themselves. For example, if a gas company were to propose a facility in a municipality, a community member or local decision maker could pull up the company’s past TRI reports and judge whether the facility would be a good neighbor. Or the company itself could compare its releases against other facilities and determine whether it is in line with the industry standard. Above all, the petition would serve a fully informed public and industry responsibility.

The TRI was enacted in 1986 as Congress’s response to the Bhopal disaster that exposed hundreds of thousands of people to toxic chemicals. The TRI requires each industrial facility to report annually on its releases of over 650 TRI-listed toxic chemicals to the air, land, water, landfills, treatment plants, and other sites. The reports published in the Inventory are available online, providing basic but essential information about the environmental “footprint” of facilities.