Digital Oilfield: The Future of Telecommunications for Oil and Gas 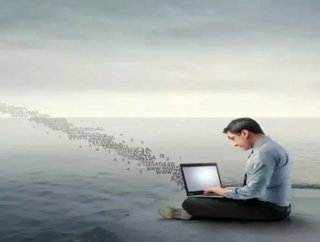 Click here to view this article in our digital reader By 2017, the United States is set to become the world&#39;s top producer of oil, a net exporter...

By 2017, the United States is set to become the world's top producer of oil, a net exporter of the fuel by 2030 and nearly self-sufficient by 2035, according to the latest reports from the International Energy Agency. As the country sees a surge in exploration, spearheaded by the natural gas boom, drilling operations are taking place in new, remote and geographically challenging areas where communication options are extremely limited. This challenge has presented a highly profitable opportunity for the telecommunications industry.

Oil and gas operators generate large amounts of critical, time-sensitive exploratory and operational data that needs to be transmitted to analysts, who may be thousands of miles away from a drilling site. Until recently, most oil and gas operators have relied on expensive satellite circuits (VSATs) with high latency and limited bandwidth. Today, the majority of the industry in North America can access high-speed, wireless broadband connectivity by utilizing the extensive rural network provided by Energy Broadband, a subsidiary of ERF Wireless.

What originally started as a wireless internet service provider (ISP) network company serving traditional customers and banks in rural areas in 2004, soon discovered its ability to serve a highly profitable vertical market in oil and gas. A new niche with a new name was born: Energy Broadband.

“There was a need for a wireless solution to replace the traditional VSAT circuits that were too slow, expensive and lacking the amount of bandwidth needed to run the very intensive software programs between well sites and central offices,” says Dr. Dean Cubley, CEO and President of ERF Wireless. Dr Cubley served as NASA's Antenna Subsystems Manager during the Apollo program and has been a founding partner in 23 high technology companies in the telecommunications industry.

Thanks to advancements in cloud computing, sophisticated computer applications can transmit data to a geologist from anywhere in the world, using specially designed mobile broadband towers (MBT). This “nomadic technique,” as Cubley calls it, allows for connectivity to follow drilling rigs, which usually relocated every few weeks. Powered by on-site generators, the MBTs provide critical wireless access for remote monitoring of drilling progress.

“That makes a world of a difference in terms of how these programs work,” says Cubley, who estimates that geologists can now monitor 10 to 20 rigs at a time remotely rather than one at a time on location.

“Our extensive rural network for the oil and gas industry is the largest in North America — larger even than those of AT&T or Verizon,” says Cubley. “While they (the national carriers) are concentrating efforts on covering cities across the nation, we are providing a service that allows our nation's oil and gas exploration to move forward into areas never before thought possible.”

Although ERF Wireless continues to serve its original wireless ISP customer base, the company is highly focused on expanding its services across the vast and rapidly growing oil and gas industry through Energy Broadband. And with some 3,000 rigs currently operating in North America and counting, it looks as if the market belongs to Energy Broadband.

“There's enough of a market for us to continue to grow almost indefinitely without running into strong competition, because there are so many wells being drilled,” says Cubley. In time, the company's technology can serve as an equally valuable asset to complementary industries, such as mining. For now, Energy Broadband remains focused on the large supply of “low hanging fruit” available in the oil and gas industry, where word is spreading fast.