Does Offshore Infrastructure Have a Chance? 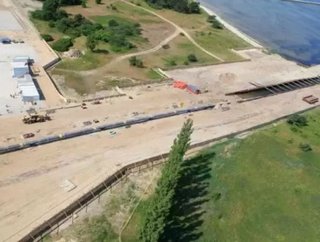 FRIENDS OF THE SUPER-GRIDEurope has long been a purveyor of renewable energy, but surprisingly its been at a stalwart in its initiatives to reduce tota...

FRIENDS OF THE SUPER-GRIDEurope has long been a purveyor of renewable energy, but surprisingly it’s been at a stalwart in its initiatives to reduce total greenhouse gas emissions through green technology. Friends of the Super-Grid have emerged to reduce that gap. For years, European scientists have developed plans that would create 100 gigawatts of clean energy from offshore wind power, but little had been done to accelerate the production processes. There are various offshore wind turbines already connected in the North Sea, but the Supergrid would combine them into one.

“The objective of Friends of Super-Grid is building a new grid in Europe using new technology, where we can profit from all the renewable energy sources available. It would start in the North East of Europe, taking advantage of the offshore wind potential, and enlarge to cover the rest of Europe – solar from the South, biomass in the East. We are trying to develop the first phase of the Super-Grid,” says Ana Aguado Cornago, CEO of Friends of the Super Grid.

The association has partners in a variety of established fields, like wind turbine manufacturer AREVA, global dredging company DEME Group and Siemens, who are making a full-time impression on the EU Council and North Sea Countries Offshore Grid Initiative. Though the proposal has been around for roughly a decade, building the Super Grid gained a lot of ground last year. The initial agenda aimed development concerns toward a transnational grid infrastructure in the North and North West Seas, with a focus on the North Sea’s offshore wind structure.

“Interests developed more recently because members’ states have agreed on a political memorandum of understanding to develop an offshore grid, which will be the first part of the super-grid involving the North Sea,” Cornago continues. In November, various European countries signed an agreement to begin exploring the possibilities for North Sea offshore wind farms.

Along with political support, technological advances have also enabled the Super Grid to commence. HVAC technology, installation vessels and marine generating plants are all areas of expertise that will enable the Super Grid to connect all types of renewable energy resources in the North Sea. HVDC technology, according to the Joint Research Centre, is the most suitable technology for the task. Their July report measured the increased use of HVAC systems since 1962, where 50 percent of the world’s capacity was installed after the year 2000.

FINALLY, THE NORD STREAM
For more than a decade, plans to transport Russia’s extensive gas resources to Europe have been in motion. In 1997 when Russian researchers, international engineering facilities and North Transgas Oy first began taking a proactive approach to developing an offshore pipeline that was economically sound and efficient, offshore technologies were hardly in existence.

Fast forward to 2011 and the North Stream project is greeting the final stages following permits approval late last year by the Regional Administration Agency for Southern Finland. Nord Stream was also hailed a “Project of European Interest” in the Trans-European Energy Networks, acknowledging that Europe’s natural gas future import concerns could be cause for future dilemmas. In 2007, European Union has imported 312 billion cubic metres of natural gas, and by 2030 that number is expected to increase by more than 200 bcm. This project will provide 25 percent of the EU’s natural gas requirements, if not more.

“The idea of the Super Grid is to connect all these projects up across the North Sea and North of the Atlantic, so that if the wind isn’t blowing in one place, it’s probably blowing somewhere else. The idea is that you balance the energy across the continent. It would work by high-voltage direct current cables undersea between difference countries linking together the national grids and linking together all the wind farm projects already planned in the North Sea right now,” said Guardian’s green technology correspondent Alok Jha.

In April 2010 construction began for the first line of piping, with gas deliveries expected to start at the end of 2011. Both pipes will be fully operational by 2012, offering full capacity at 55 billion cubic meters of gas per year and will run 758 miles in length, connecting Russia’s Baltic Sea with Germany’s Baltic Sea’s Lubmin coast. The piping are high-tensile coated to underwater specifications in accordance with DNV offshore standards OS-F 100, with a thickness that ranges from 27 – 41 millimeters, depending on pressure.