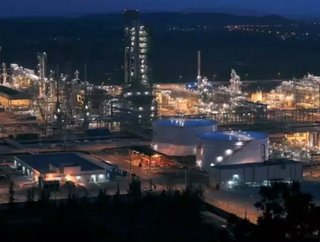 In an effort to strengthen Saudi Arabias role as a leading hub for petrochemical export, Dow Chemicals is teaming up with Saudi Aramco to construct an...

In an effort to strengthen Saudi Arabia’s role as a leading hub for petrochemical export, Dow Chemicals is teaming up with Saudi Aramco to construct and operate the world’s biggest chemicals complex.  Located at Jubail on Saudi Arabia’s Persian Gulf coast, the joint venture—to be named Sadara Chemical Co.—is scheduled for immediate construction and is expected to be running by late 2015, with all manufacturing units online by 2016.

The Sadara complex is estimated to cost $20 billion, and will generate annual revenue of $10 billion.  The project will solidify Saudi Aramco’s position as the world’s largest energy company, with capacity to produce 12.5 million barrels a day of crude oil.

"This premier partnership is ... designed to capture growth in the rapidly growing sectors of energy, transportation and infrastructure, and consumer products," Dow Chief Executive Officer Andrew N. Liveris said in the statement.