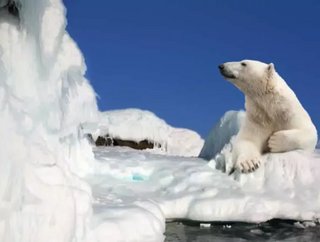 By Dr.James Jay Carafano The Arctic is an area of vast undeveloped wilderness. But that could be about to change as the eight nations that have territo...

The Arctic is an area of vast undeveloped wilderness. But that could be about to change as the eight nations that have territory in the region assess how they can overcome the challenges of inhospitable territory to enable them to tap into its massive resources of oil, gas, and minerals, according to Dr. James Jay Carafano, a leading expert in American national security and foreign policy at the Heritage Foundation, U.S.

Economic development, which looks like becoming a reality in the not too distant future, will almost certainly take precedence over the environmental lobby, he writes in World Review.

“In the past, those advocating more human activity in the Arctic and those advocating placing a priority on climate change and environmental protection could accommodate one another because development in the polar region was growing at a modest pace,” Carafano says.

“However, the scale and speed of economic activity in the Arctic could accelerate rapidly in the near term. Global consensus on a climate change agenda, on the other hand, is not gaining momentum.”

Advocates for polar activities often discuss the need to deal with climate change and attempts to minimize the impact of commercial activity on the fragile Arctic environment in the same sentence, he says. “But the reality is that the issues are at odds with one another.”

Large private sector capital will be required to build the infrastructure necessary to support the increased activity, he adds. Nations are scrambling for investors.

“The more favored model seems to be to encourage business-to-business partnerships under the umbrella of public-private cooperation, which could all give due deference to environmental and local concerns, such as involving indigenous peoples in development planning,” Carafano says.

About the Author: World Review author Dr James Jay Carafano is a leading expert in America's national security and foreign policy challenges, is the Washington-based Heritage Foundation's vice president for foreign and defense policy studies and director of the Kathryn and Shelby Cullom Davis Institute for International Studies.