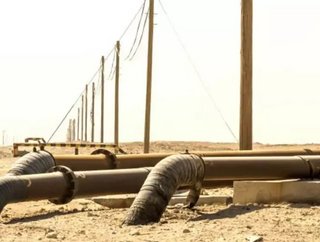 [email protected] Make sure to check out the latest issue of Energy Digital magazine Europe, the Middle East and Africa (EMEA) are expected to build...

Europe, the Middle East and Africa (EMEA) are expected to build the most new natural gas-processing capacity over the coming years, increasing the overall region’s capacity by 10.1 trillion cubic feet (tcf) between 2013 and 2017, followed by the Americas and Asia-Pacific region, forecasts research and consulting firm GlobalData.

The company’s latest report states that in the EMEA region, Iran and Saudi Arabia will account for the majority of the planned capacity addition, with a share of 43 percent. Meanwhile, the Americas will add 4.4 tcf of new natural gas-processing capacity, with the U.S. having a share of more than 80 percent of this capacity. Asia-Pacific will build 2.4 tcf of capacity, of which Turkmenistan will contribute 635.4 billion cubic feet (bcf) by 2017, reaching 27 percent of the region’s total planned capacity.

Among all the players worldwide in natural gas processing, the National Iranian Gas Co. (NIGC) operates the most active capacity, reaching 7.9 tcf. Gazprom and Saudi Aramco have the second and third highest capacities, at 7.7 tcf and 6 tcf, respectively.

Check out more stories on the natural gas industry:

LNG may be used to power heavy hauler trucks

“The contribution of European countries, except Russia, to building new natural gas-processing capacity is very low, primarily because of slow gas reserves growth and decreasing gas production levels in the majority of the key gas-producing countries in Europe.”

As far as the American region, the rapid increase in natural gas production from U.S. shale has led to an increase in the amount of natural gas-processing capacity additions.

“While low prices on ethane and propane do not sound good for producers, they have provided an economic incentive for petrochemical firms to construct plants in the U.S. and/or to ramp up operations in the Americas in order to take advantage of the lower-priced feedstock,” Bianchotti said.

“With the current boom in shale gas production expected to last at least another 40 years, it would be a seemingly wise investment for petrochemical companies to continue processing natural gas in this region,” Bianchotti said.