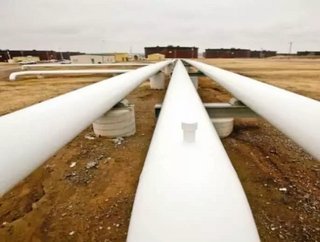 And its proposed Flanagan South line from the Chicago area down to Cushing has been expanded to a 36-diameter line with a capacity of 585,000 barrels per day. Enbridge had earlier envisioned using a 30-inch diameter pipe. Together with its existing Spearhead pipeline, customers will be able to ship 775,000 barrels per day from Flanagan, Ill. to Cushing.

The two projects will give producers in Western Canada and in the booming Bakken region of Saskatchewan, North Dakota and Montana "timely, economical and reliable options to deliver a variety of crudes to refinery hubs throughout the heart of North America and now as far as the Gulf Coast," said CEO Pat Daniel in a release.

"The commitments secured in these open seasons will support additional infrastructure to meet the growing transportation needs of these producers and the U.S. Gulf Coast refiners, contributing to North America's energy security into the foreseeable future."

Enbridge's main rival, meanwhile, has its own plans to help relieve the supply glut at Cushing that has depressed North American crude prices and eroded the bottom line of producers recently.

TransCanada Corp. (TSX:TRP) recently announced plans to build the most urgently needed portion of its controversial Keystone XL oil pipeline as a US$2.3-billion stand-alone project that would connect crude from Cushing with Texas refineries.

That project is targeted to come into service in mid- to late-2013.

The move came after the Obama administration rejected the entire US$7.6-billion undertaking, which would have connected crude from Alberta's oil sands to the U.S. Gulf Coast, passing six U.S. states along the way.

The president said a tight deadline imposed by congressional Republicans didn't allow enough time to review a new route around an ecologically sensitive region in Nebraska, so his administration had no choice but to reject the whole project.

Because the separate Gulf project would not cross an international border, it doesn't need a Presidential Permit from the U.S. State Department to proceed.

Last week, U.S. President Barack Obama pushed for the speedy approval for the southern leg of TransCanada's Keystone XL pipeline as he insisted oil has an important place in his national energy plans.

TransCanada intends to refile for a new Presidential Permit for the northern part of the line ending up in Steele City, Neb., as soon as it works out a new route through Nebraska.

Scotia Capital Matthew Akman said the Enbridge expansions could raise that company's growth rate by as much as 15 per cent a year through 2015 — and also puts it in a superior position to TransCanada.

"We see the potential for Enbridge to announce success in its second Gulf Coast Access open season in the coming weeks, despite TransCanada's recent announcement of its own Cushing-to-Gulf Coast" plans, Akman said in a note to clients.

"And, while TransCanada's preliminary proposal for an East Coast oil pipeline stole investor attention last week, it is Enbridge that is better positioned for delivering Alberta volumes to Eastern Canada and the U.S."

Enbridge's Flanagan pipeline, expected to be in service by mid-2014, will be built along the route of its existing Spearhead pipeline from southeast of Chicago to Oklahoma.

The existing Seaway pipeline's former south-to-north flow is being reversed to bring crude from Cushing south, and its initial phase is expected to be in service around mid-year. The twinning project announced Monday would be in service in 2014.

Both projects will cost Enbridge $3.8 billion, including $2.8 billion for the Flanagan project and $1 billion for the twin line and extension of Seaway, which is partly owned by Enterprise Products Partners LP.

The projects are good news for Enbridge's Canadian Mainline, as they will draw more oil through the major conduit connecting Western Canadian crude to the East, UBS Investment Research analyst Chad Friess wrote in a note to clients.

"In particular, we see further investments in gathering infrastructure for the U.S. Bakken, which, along with growth in Canadian light/heavy should necessitate an expansion of the Mainline itself," he wrote.

UBS has increased its post-2014 earnings forecast by five per cent. Between 2014 and 2015, it now expects Enbridge's diluted earnings per share will rise 13 per cent to $2.19 because of the two U.S. projects and the investments that results.

Enbridge had previously signalled expansions to its projects were possible, so the recent news did not come as a surprise, wrote Desjardins Securities analyst Pierre Lacroix in a research note.

"However, the announcement of the southern leg of Keystone XL may have tempered some optimism regarding ENB’s endeavours," he said.

Enbridge operates about 24,613 kilometres of crude pipeline, delivering on average more than 2.2 million barrels per day of oil and liquids.

Its shares rose 22 cents to $38.45 in afternoon trading on the Toronto Stock Exchange.