The End of a Pakistani Oil and Gas Mafia 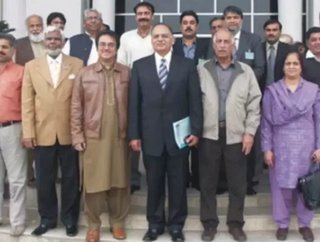 Malik Ayub Sumbal Islamabad More than eight heads of the various Pakistani oil and gas companies have been removed from their services. The decision i...

More than eight heads of the various Pakistani oil and gas companies have been removed from their services. The decision is a step towards solving the prevailing energy crisis in the country initiated by the Prime Minister of Pakistan under immense pressure by the citizens of the country.

The Prime Minister failed to save the service of his beloved and most loyal Managing Director of Sui Northern Gas Pipeline Limited (SNGPL), Abdul Rashid Lone, who was retired from service since March 2003 but still on sacred extension.

Lone’s was the longest tenure of any Managing Director served in the Sui Northern Gas Pipeline Limited. He received six extensions and enjoyed an 11-year-long tenure.

The Auditor General of Pakistan had recommended immediate termination of Lone’s sixth contract, as it was discovered that the Rs.30 million paid as both salary and perks to the ‘favorite’ officer of every regime since 2003 was absolutely unjustified.

Abdul Rashid Lone arguably claimed the privilege of being the only top gun to have gotten generous extensions from three prime ministers of Pakistan after his retirement.

Several corruption charges cited the nepotism witnessed in the 11-year-long Managing Directorship of the terminated Abdul Rashid Lone. However, despite the expulsion orders from the service, the official spokesperson of Sui Northern Gas Pipeline Limited stated that he has not been fired from the job, but rather has ‘resigned.’

It is also pertinent to mention here that the decision of the Prime Minster came earlier than the resignation of Abdul Rashid Lone. Arif Hameed who was serving Senior General Manager in the company endorsed the charge of the new Managing Director of SNGPL.