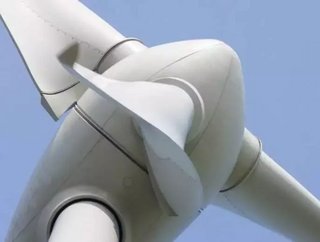 Beginning in June, wind farm operators will have the option of trading their electricity on the wholesale market thanks to Enercon. The German company...

Beginning in June, wind farm operators will have the option of trading their electricity on the wholesale market thanks to Enercon.  The German company, currently the third-largest wind turbine manufacturer in the world, will supply energy directly to customers and remotely control the operation of turbines.

Enercon has pledged to work with more than 30 electricity-trading companies to offer the service to German wind farms.  Currently, Enercon already markets the electricity from an estimated 1GW of wind capacity on its own trading account.

Germany's revised Renewable Energy Act, expected to take effect at the beginning of August, specifies that electricity from all turbines commissioned thereafter must be marketed in the wholesale market.  Revisions to the Renewable Energy Act reflect Germany’s plan to generate more than 40 percent of its energy needs through renewable resources by the year 2025.  Hans-Dieter Kettwig, managing director of Enercon, commented on the revisions by saying, “Intelligence has won over lobbying.”

Enercon has more than 300 service stations worldwide and has production facilities in Germany, Sweden, Brazil, Turkey, Portugal, Canada, Austria and France.  The company was founded in 1984 and has 22,000 wind turbines installed in over 30 countries.  The company’s original turbines featured gearboxes, and in 1992, the company changed over to gearless technology with the introduction of the 500 KW Enercon E-40.

By June, electricity from around 29GW of onshore wind (out of a total 33GMW) and from all 622MW of offshore wind will be sold on the wholesale market.  The new direct marketing system is an alternative to the previous feed-in-tariff payment mechanism.

Enercon is slated to supply the turbines for German utility company RWE's 90MW Zuidwester wind farm in the Netherlands.  RWE broke ground on the project in May and said that it intends to commission the project in 2017.  The project is a repowering of the Westermeerdijk wind farm operating since 1987. The original 50 wind turbines have a combined capacity of 15MW. RWE intends to invest more than 150 million euros in the project.

The manufacturer is bent on maintaining its high status in the wind turbine industry and will be aiming for the 4GW mark this year.  The company has shown improvement in the first quarter, installing 720MW in the first three months of 2014 compared with just 490MW in the equivalent period of 2013.