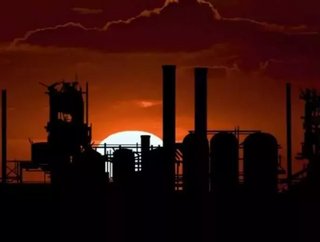 Click here to view this article in our digital reader Written by Charles Dewhurst The 2012 CERAWeek showcased a tremendous sense of optimism within the...

The 2012 CERAWeek showcased a tremendous sense of optimism within the U.S. and global energy industry, largely due to the potential for vast new oil and natural gas reserves. Industry leaders also exhibited a sincere appreciation for public concern over the technologies used to extract these resources; and specifically noted that concerns related to hydraulic fracturing or “fracking” are legitimate ones that must be addressed responsibly and with transparency.

The various NPC panelists had some compelling statistics at their fingertips. On the supply side, projections for natural gas supply in 2035 show that the U.S. can meet even the highest potential, projected demand for natural gas from consumers and industry. An MIT study shows that the addition of unconventional oil to the resource mix, primarily from tight oil and the Canadian oil sands, can double the current level of North American oil production to 22.5 million barrels per day by 2035. The sheer scale of North America’s unconventional oil reserves is vast. North America’s potential recoverable reserves of unconventional oil total 3.5 trillion barrels, which almost unbelievably, is twice that of the world’s total reserves of conventional oil.

However, it will take decades to safely develop some of these unconventional resources, like the Kerogen heavy shale oil. The oil sands alone have potential recoverable reserves of 1.8 trillion barrels and tight oil production is expected to reach 3 million barrels per day by 2020, or almost 30 percent of the current North American total for oil production.

Environmental Defense Fund member and NPC panelist Mark Brownstein was overwhelmingly supportive of the oil and natural gas industry, commending the incredible technological innovation that has become prevalent throughout the industry. Brownstein credits this innovation for the abundance of oil and gas resources that we presently enjoy in North America noting that the industry is going to the ends of the Earth to explore for oil in the Arctic and various deep water formations; and to, quite literally, our own back yards with some of the development of shale reserves taking place deep below residential areas. Both methods of fuel extraction, Brownstein said, place a huge responsibility on the oil and gas industry to protect the environment through prudent development. Warming to his theme, he viewed environmental safety as an essential “core competency” for the industry going forward. Brownstein stated that this could be accomplished by a combination of reasonable government regulations, and transparency in drilling and fracking practices on the part of the industry.

The panel from the government appointed, U.S. Shale Gas Advisory Board covered much of the same ground as NPC, with perhaps a keener focus on the public opinion concerns surrounding fracking and well construction, as well as some proposed solutions to the oil and gas industry’s problems in this area.

Fracking has raised public concerns with questions surrounding the vast water usage involved in the process, contamination of ground water from the chemicals used in fracking, and the fluid-injection-triggered earthquakes that occurred this past year. Panelists Patrick Schorn of Schlumberger and John Deutch of MIT addressed each of these concerns:

Many of the ideas for prudent development of the various U.S. shale formations voiced by the two government appointed panels were echoed during CERAWeek by energy industry leaders such as ExxonMobil’s Chairman and CEO Rex Tillerson, Statoil’s Helge Lund, and Total’s Yves-Louis Darricarrere.

Industry leaders are enthused about the enormous and varied benefits that will accrue to America from responsible development of unconventional oil and gas resources. These benefits include:

While shale development and other unconventional resources were the leading theme of this year’s conference, there were many additional areas of mostly positive news from around the world:

Discussions at CERAWeek were not only positive on the heels of industry success, but exuded great confidence when looking to the future of unconventional resource development. Throughout the remainder of 2012, we can expect to see strong efforts by the industry to invest in these unconventional resource plays and strive to gain the public’s approval through more environmentally friendly and transparent practices. The future of the oil and gas industry is now, and initiatives undertaken by companies today will set the tone for longevity and success over the years and decades to come.