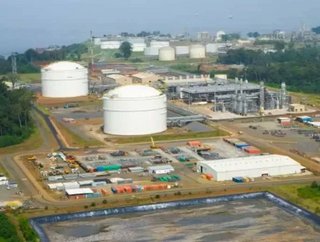 Natural gas is gaining in popularity worldwide. In response to the Fukushima nuclear meltdown, several countries are closing their nuclear facilities...

Natural gas is gaining in popularity worldwide.  In response to the Fukushima nuclear meltdown, several countries are closing their nuclear facilities, and the transition will require ramped up use of fossil fuels.  Equatorial Guinea just so happens to have some of Africa’s biggest natural gas reserves, and the country’s state-owned gas company, Sociedad Nacional de Gas (Sonagas) is seeking to build a second liquefied natural gas (LNG) plant to double production and meet global demand.

“Definitely, there’ll be a second plant,” said Juan Antonio Ndong Ondo, director general of Sonagas. “We’ve had some new discoveries so we can go ahead with it. In principle we can double our current production.”

The exact capacity of the planned LNG plant has yet to be determined.  Sonagas and partners Noble Energy Inc. and Ophir Energy Plc will make the decision depending on discovered reserves early 2012.  The plant will likely produce between 1.8 billion to 4.6 billion cubic feet a day according to Ndong.  The plant is estimated to cost roughly $4 billion.

Equitorial Guinea currently produces 3.4 billion cubic feet of LNG a day, and the second plant will likely up production as soon as 2016.  Sonagas estimated the countries' proven natural gas reserves to be 8.5 trillion cubic feet.

Ndong goes on to note that collaboration between neighboring countries Nigeria and Cameroon may see Synagas transferring gas to those countries in order to quickly ramp up production. “There are initiatives to collaborate in the collection of gas that’s being burnt,” he said. “We won’t depend on them though, we’ll see what our own reserves are first.  We believe prices will be very positive for us in the future.”