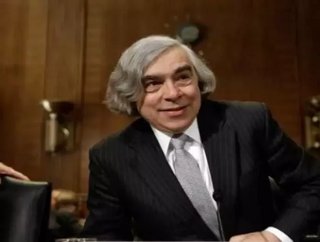 Nuclear physicist Ernest Moniz was confirmed Thursday as the new US secretary of energy in a 97-0 vote in the Senate. Moniz previously served as the e...

Nuclear physicist Ernest Moniz was confirmed Thursday as the new US secretary of energy in a 97-0 vote in the Senate.

Moniz previously served as the energy secretary during the Clinton administration and has been working as a professor at the Massachusetts Institute of Technology. Though Moniz's nomination had been approved in April, Sen. Lindsey Graham (R-SC) held up the process in protest of budget cuts for a nuclear processing facility in their home state. Graham argued that the proposed $200 million in cuts from the state would threaten a plant being built at South Carolina's Savannah River nuclear site.

Moniz supports Obama's “all of the above” energy policy, including fracking, offshore drilling and clean coal technology. Filling the position of former energy secretary Steven Chu, Moniz will have a series of important decisions to make regarding the future on natural gas in the country.

"The Sierra Club and its 2.1 million members and supporters congratulate Dr. Ernest Moniz on his confirmation as the new Secretary of Energy," Deb Nardone, the Sierra Club's Beyond Natural Gas campaign director said in a statement Thursday. "As energy secretary, Dr. Moniz will make important decisions that will shape America’s energy and climate landscape for decades to come, including the agency’s response to 24 proposed liquefied natural gas terminals that could export up to 45 percent of the nation’s total natural gas production. We urge Secretary Moniz to take a time out on exports to complete a thorough economic and environmental assessment."