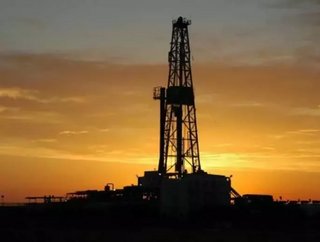 Estonia, the birthplace of online voting and Skype, is now on a mission to lead the world in fracking technology, reports the AP. With a population of...

Estonia, the birthplace of online voting and Skype, is now on a mission to lead the world in fracking technology, reports the AP.

With a population of over 1.3 million people, the small East European country gets more than 90 percent of its electricity needs from shale oil, making it the world's most shale-dependent country.

“With interest in non-conventional energy resources surging globally, Estonia wants to carve its own niche by perfecting the technology needed to produce cleaner electricity and high-grade fuel products from oil shale — know-how it wants to export to distant places such as Jordan and the US,” according to the AP.

Of course, like the US, the practice of large-scale shale mining has environmentalists concerned about the level of pollution or contamination to underground water supplies such efforts would lead to. Unlike the US, however, Estonia's oil shale resources are very different from the deposits found in America. The shale rock in Estonia contains organic matter that can be used to produce a liquid oil similar to crude, whereas the shale formations in the US contain natural gas, which can be brought to the surface and sold with minimal processing.

So long as world oil prices remain high enough to keep shale viable, Estonia could have a very valuable set of expertise to export.

"We have almost a 100 years' experience working with oil shale in Estonia. If you know something, and if there's a market, you try to sell it," Tarmu Aas, a board member at Eesti Energia, told the AP.

Until recently, the market for shale oil has been virtually nonexistent. High crude oil prices have changed that. For the most part, analysts believe oil prices will remain between $80 and $100 a barrel as countries like China, India and others increase their consumption.

In addition to the US, shale could become particularly important in Jordan, where about 97 percent of oil and gas needs are imported and the country sits on about 34 billion barrels of shale oil. So long as world oil prices stay above $60 per barrel, Eesti Energia (aka Enefit) estimates that its Jordanian venture will be profitable.

"Everything depends on the oil price. The oil price moves this train," Aas told the Ap.