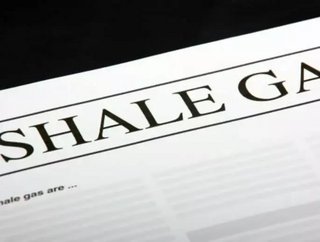 [email protected] Click here for the latest issue of Energy Digital magazine It has been 10 years since there were more unconventional than conventi...

It has been 10 years since there were more unconventional than conventional wells being drilled annually in the United States, but hydraulic fracturing has yet to make an impact elsewhere in the world, where operators continue to face environmental worries and logistical challenges, say analysts with research and consulting firm GlobalData.

According to Matthew Ingham, GlobalData’s lead analyst covering North Sea and Western Europe Upstream, and Gustavo Bianchotti, GlobalData’s senior analyst for Europe, Middle East and North African Upstream, countries must consider the significant impact that increasing supplies of unconventional gas have had in the U.S., where natural gas prices stand at less than half of those in Europe.

In November 2013, Chevron signed a $10 billion shale gas Production Sharing Agreement (PSA) with the Ukrainian government to develop the western Olesska field, followed by a similar shale gas agreement with Shell. Although political, exploratory and commercial risks remain in Ukraine, Lithuania and Poland, the analysts say that shale production is inching closer.

However, fracking continues to lack public approval. Public disclosure of fracking constituents in the U.S. has done little to bring peace of mind, and ‘fracktivists’ from 26 countries are currently scheduling worldwide protests.

“Mitigation programs will be vital to the successful development of a well-rounded shale gas program and will facilitate acceptance of shale gas exploration and development in Europe,” Bianchotti says.

“Some governments are more effective at progressing development. With continued appraisal of reserves while fiscal and regulatory framework is devised, infrastructure is developed and advances in technology can drive down costs. The European region, including the UK, Ukraine, and Poland, could see production within the next three to four years, whilst it may take longer for other countries,” Bianchotti says.