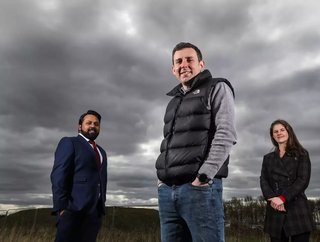 Everflow has increased staff by 41 per cent in 2021, following a £750,000 investment from NPIF - FW Capital Debt Finance

Billingham-based Everflow employs 106 individuals at its offices at Wynyard Business Park and Nuneaton’s Elliot Park Innovation Centre (up from 75 in December 2020) and almost halfway towards its goal of doubling the number of staff by 2026, set out earlier this year.

Established in 2015 the company comprises water retailer Everflow Water and software specialist Everflow Tech. It was recognised for its significant growth efforts in March 2021 when it was placed at number three in the FT1000, the Financial Times’ annual list of Europe’s top 1,000 growing businesses.

Everflow secured a £750,000 investment from NPIF in April to help further develop its software system, in addition to working towards its objective of reaching annual revenues of over £240m by increasing its customer base. This funding round follows private equity backing from Perwyn in 2017 to support business growth.

Since then, the group has reported a 19 per cent uplift in customers from 47,000 to 56,000 in total. In addition to the significant increase in new recruits in recent months, Everflow’s annualised turnover has also jumped from £65m to £78m for FY21/22.

"We are now working with a record number of new and existing customers in simplifying the utilities landscape," he said.

“We are pleased to have recruited an additional 30 people at our Teesside base to help make that possible, as well as making significant investments into continually improving our software – something that NPIF and the FW Capital team have been integral in.”

Melanie Ellyard, Senior Manager Yorkshire, Humber & Tees Valley UK Network at British Business Bank, said Everflow Group is "flying the flag" for the North on a European stage, in addition to supporting the local economy in the Tees Valley. "Growth of the business to date has been impressive and we are proud to be supporting it in taking another big step up, as it looks to fulfil its potential and create new opportunities in the region," she said.

Alexandra Gent, Investment Executive at FW Capital, said its continual investment in Everflow's software, and in the team, has underpinned the company’s success.

The NPIF project is supported financially by the European Union using funding from the European Regional Development Fund (ERDF) as part of the European Structural and Investment Funds Growth Programme 2014-2020 and the European Investment Bank. It has invested over £100 million in 270 Northern businesses during the pandemic.