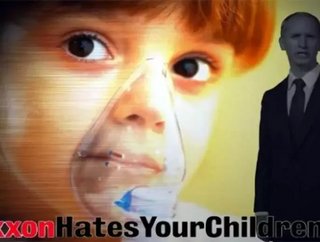 As global average temperatures are rising at a relentless rate, 2012 proves to be the hottest year on record. In the US alone, the first five months...

As global average temperatures are rising at a relentless rate, 2012 proves to be the hottest year on record.

In the US alone, the first five months of 2012 were the hottest on record, breaking 164 all-time high temperature records across the country in June. Winter this year was also the driest and hottest it's ever been in the western US since records have been kept.

Now swallow this: temperatures in Australia have reached such great heights that the Bureau of Meteorology has adjusted its weather forecasting chart to include two new colors that represent temperatures above 50 degrees Celsius.

The intense “dome of heat” is contributing to more than just blistering sunburns; massive wildfires are becoming more frequent across southeastern Australia.

"You don't get conditions worse than this," the New South Wales Rural Fire Service Commissioner told the Associated Press.

So is this what climate change looks like? Well, since there's been a significant increase in these types of events over time, yes.

"An increasing frequency of heat waves —that's one aspect of climate change you can point to," National Weather Service meteorologist Greg Carbin told the Huffington Post.

Meanwhile, critics refuse to acknowledge man's role in climate change despite a year of extreme weather and natural disasters. While Australia's news of changes in its temperature scale were spread far and wide, Fox News failed to cover the milestone. So, the “liberal media” has decided a new approach: comedy.

Tomorrow, climate-action advocates will air a viral mock-advertisement “Exxon Hates Your Children” on the left-leaning MSNBC.

"Americans are back to believing that something is happening with our climate and that mankind has a role to play in that," EPA Administrator Lisa Jackson told USA Today. "These are not natural phenomena."