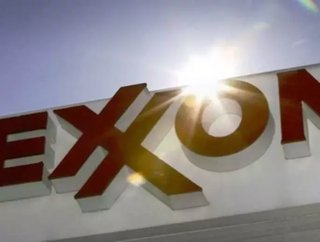 In a report released today by Exxon Mobil Corp, the outlook for energy over the upcoming decades predicts global energy consumption will rise 32 perce...

In a report released today by Exxon Mobil Corp, the outlook for energy over the upcoming decades predicts global energy consumption will rise 32 percent by 2040. For over 50 years, Exxon has employed a team of economists to assemble the long-term outlook each year to help guide future investment.

India's energy use will more than double and significant increases in energy will occur in Africa, Latin America and the Middle East, while fuel consumption will decline in the US and Europe, according to the report. One explanation for these trends involves the developed world's well-established environmental regulations and renewable energy incentives that keep pollution levels at bay, while developing countries lack the infrastructure, resources or regulations to avoid the inevitable dependence on fossil fuels.

Additionally, renewable energy will more than quadruple and nuclear power will almost double by 2040, rising 62 percent and displacing coal as the second-largest fuel supply after crude oil, the report says. One out of every two cars in the US will either be a hybrid or alternative-fuel vehicle, yet 90 percent of the world's transportation will still run on oil-based fuels.

As Exxon becomes America's largest natural gas supplier, the rise in demand for natural gas will mean their investments will pay off in the long-term. Overall, the report is good news for big oil.

However, the coal industry disagrees with the company's predictions. The International Energy Agency contradicts Exxon's report, predicting that natural gas won't catch up to coal by 2035, and will still account for 25 percent of the world's energy.

“It’s clear that Exxon is relying on their vested interest in fracking,” Lisa Camooso Miller, a spokeswoman with the American Coalition for Clean Coal Electricity, told the Associated Press.

The public has been warned to take any energy reports with a grain of salt.